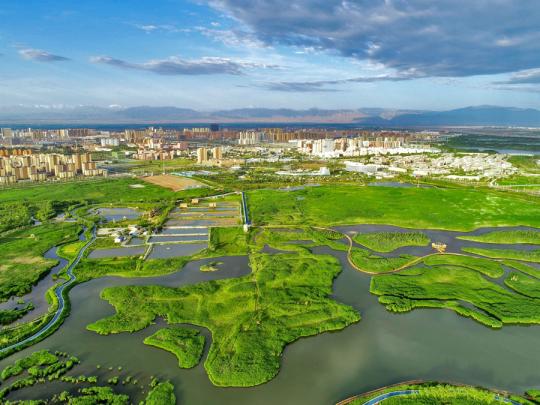 Authorities are speeding up work on the country's first law covering national parks with draft legislation expected by the end of the year, the National Forestry and Grassland Administration said on Tuesday.

Last year, the administration invited experts and officials from several departments, including the ministries of justice and natural resources, to help in the drafting of the law.

"Due to a lack of relevant experience and the complexity of the lawmaking procedure, it has taken more time than we expected, but the draft will be unveiled by the end of this year," said Tang Xiaoping, deputy director of the National Park Management Office under the administration.

Tang also said the first draft of a national standard for the establishment of national parks was finished in June and is now at the consultation stage.

Nine major indicators will be introduced in the standard, including whether the region can represent certain ecological or geological conditions that typify China. Ecological safety requirements will also be included.

Since 2015, China has approved 10 pilot national parks covering more than 220,000 square kilometers across the country. Among the 10 are: the Giant Panda National Park, which includes parts of Sichuan, Shaanxi and Gansu provinces; the Qilian Mountains National Park in Gansu and Qinghai provinces; and the Northeast China Tiger and Leopard National Park in Jilin and Heilongjiang provinces. The pilot program will end next year.

"Evaluation of those pilot programs will then be conducted by a third party, and we will also inspect national parks construction work, including the relocation of local residents and the removal of commercial projects in the core protection areas," Tang said.

After the pilot program ends, the administration will reevaluate all the applicants and officially grant national park status to those that meet the standards.

Last month, the State Council unveiled a guideline to establish the mechanism of nature reserve areas with national parks as a major component. The guideline aims to provide systemic protection for natural ecosystems, relics, scenery and biodiversity, as well as safeguard the country's ecological security.

Under the guideline, national parks will have core protection areas and general control areas. Development and construction that could hurt the ecosystem will be prohibited, and those engaging in practices such as illegal mining, the discharging of pollutants and poaching will be punished.

"We will gradually introduce recreation business within general control areas in national parks and encourage environmentally friendly trips from the public," Tang said.