Feeling the heat from lava lakes(1/4) 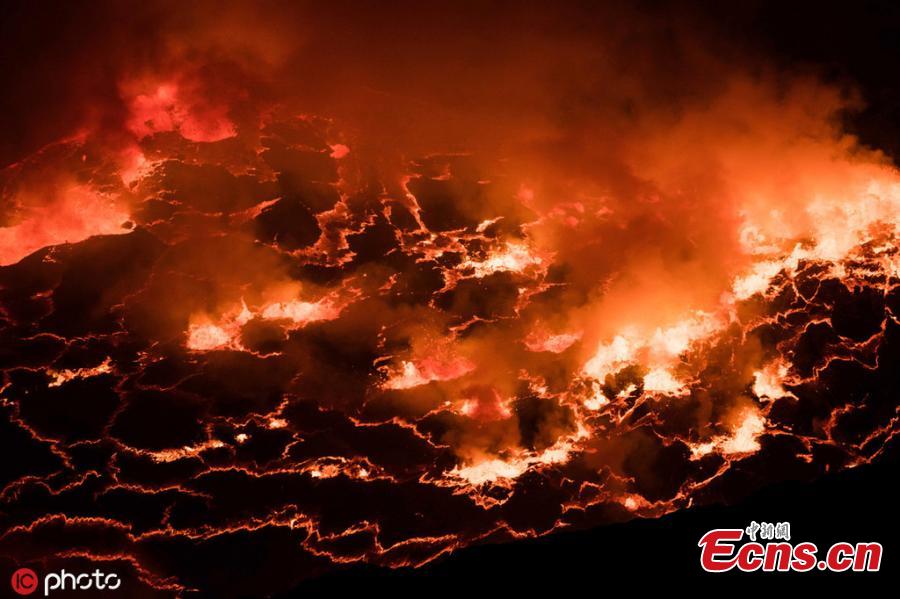 It looks like the end of the world - but the bubbling red fire is actually a lava lake. The molten lava churns in on itself as fresh magma from below the Earth's crust arrives at the surface, before cooling and forming black crusts, which explode in flames. The incredible lava lake, at Mount Nyirangogo, an active volcano in Virunga National Park, in the Democratic Republic of Congo, was caught on camera by photographer Scott Ramsay during a hiking trip with pals.(Photo/IC) 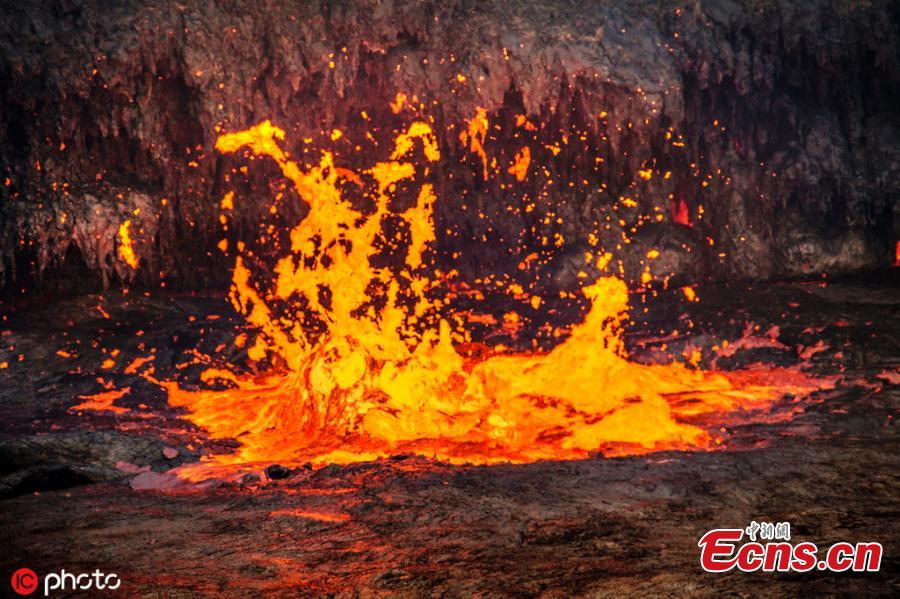 Feeling the heat? This brave photographer decided to bare his legs next to a red-hot volcano. While most people might stand well back, daring Mikhail Korostelev got nail-bitingly close to the bubbling lava. (Photo/IC) 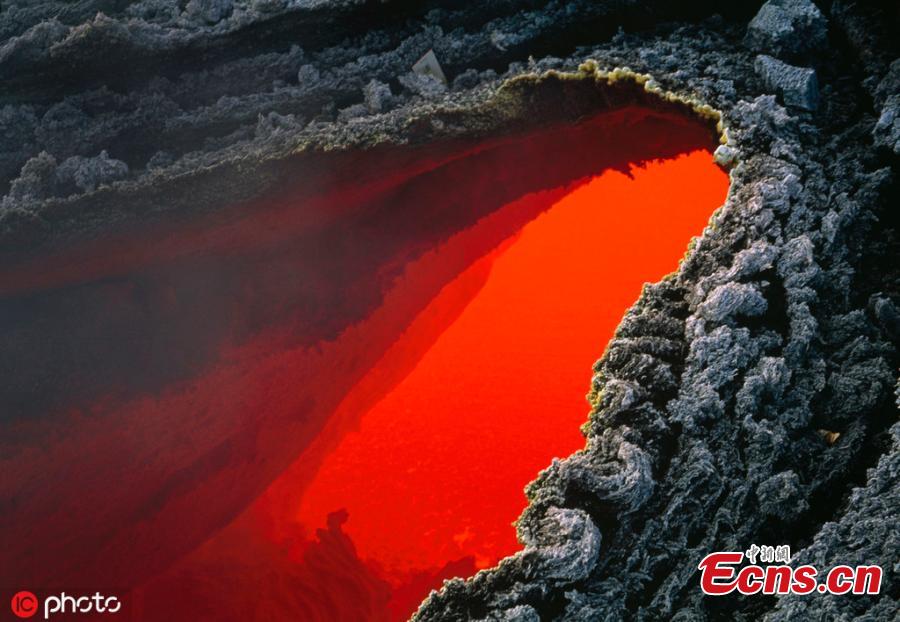 A contrast of liquid and molten lava on Mount Etna.(Photo/IC) 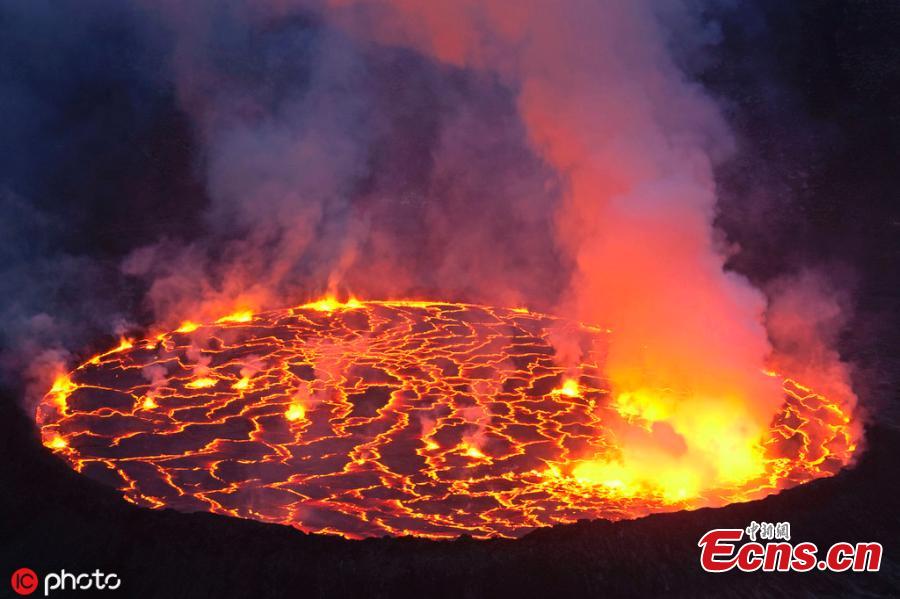 Molten rock cools and forms plates on the surface of a lava lake.(Photo/IC)