Stub out healthy myth of e-cigarettes

On Monday the local legislature of San Francisco approved a bill that prohibits the production and sales of electronic cigarettes inside the city, which is widely considered an attempt to control the number of youngsters who smoke e-cigarettes. China Daily comments:

The mayor of San Francisco has 10 days to review the regulation, yet the current mayor London Breed has already expressed her support for it. Should she sign it, the bill will officially come into effect seven months later and San Francisco will be the first big city in the United States to ban e-cigarettes.

However, these advertisements tell only one side of the story. According to open materials, electronic cigarettes were invented way back in 1963. In the over 50 years that have followed, the devices have improved but the core technology remains the same: burning raw nicotine or its solution inside that the smoker then inhales. 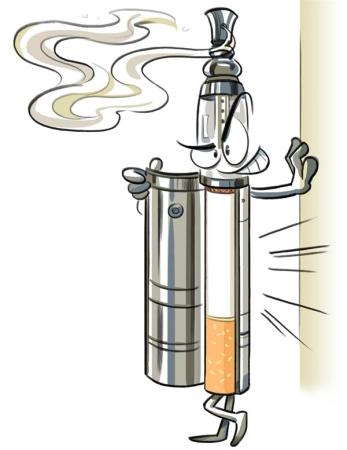 It is well known that nicotine is a strong carcinogen that causes at least 20 kinds of cancers. And e-cigarettes do not reduce the risk of addiction to smoking since nicotine is what people become addicted to.

In some sense, electronic cigarettes are even more harmful than their traditional counterparts, because they put themselves under the disguise of being "healthy". There is no accurate data in China or the US as a whole, but the fact that San Francisco is about to ban e-cigarettes to protect youngsters' health best explains the issue.

Worse, there is hardly any standard on e-cigarettes in China yet, which makes it more difficult to control the quality of different products from different companies. In some public spaces that prohibit smoking, e-cigarettes are also a gray area.

This April, a micro blogger even posted a photograph online, which shows a woman smoking e-cigarettes in a subway car. When the two argued, the latter said that what she smoked is different from cigarettes and should not be forbidden.