Research vessel back in port after Pacific expedition(1/8) 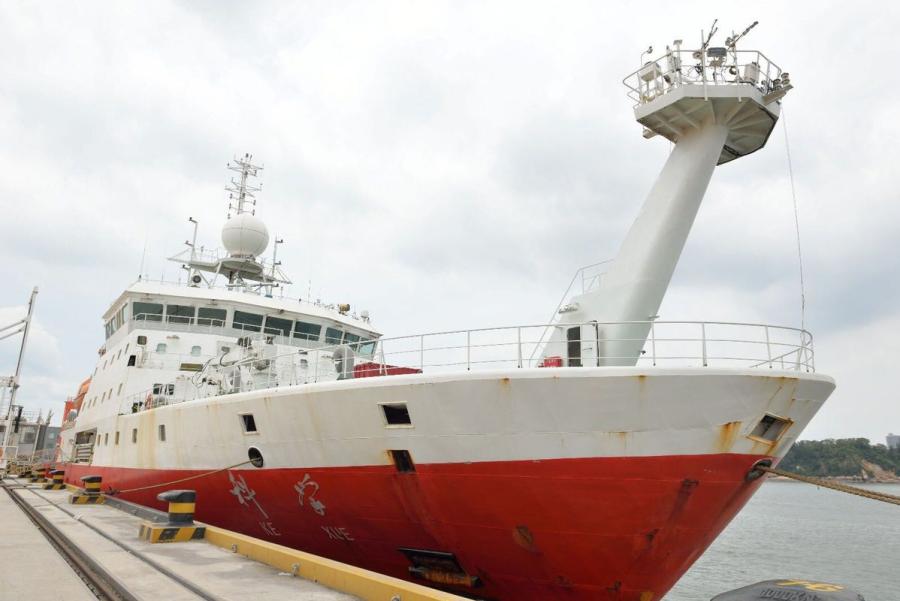 Chinese research vessel Kexue, or Science, sits at a dock after completing its month-long research voyage and returned to Xiamen, East China's Fujian province on June 22, 2019. (Photo provided to chinadaily.com.cn)

It was the vessel's fifth investigation of sea mounts and scientists aboard explored a series of the underwater mountains in the southern part of the Mariana Trench, the deepest place on earth, according to the Institute of Oceanology of Chinese Academy of Sciences.

They collected a host of biological and geological samples, acquired data and took several videos, according to the institute, which is based in Qingdao, East China's Shandong Province.

"During the expedition, Discovery, a remote operated vehicle aboard Kexue, made 19 dives and collected 255 species in the collections, accounting for the total species we have collected in two expeditions in the past few years," said Xu Kuidong, chief scientist aboard and a researcher at the academy.

The vessel started its research voyage on May 18 in Qingdao, with 80 researchers aboard. They are from research institutions and universities, such as the academy's Institute of Oceanology, Shandong University and its Qingdao Institute of Bioenergy and Bioprocess Technology. 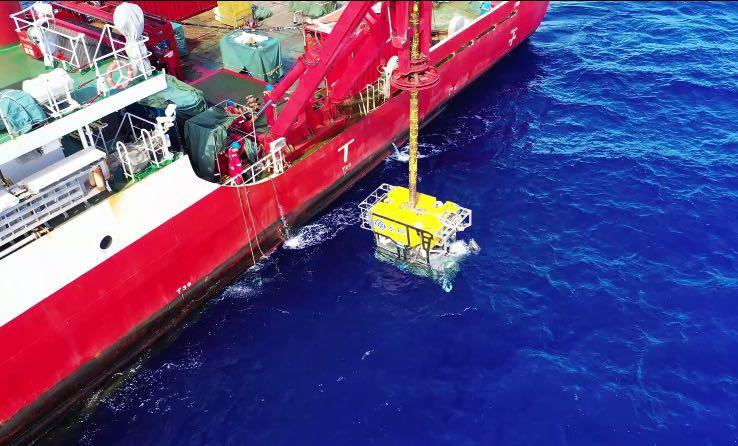 Discovery, a remote operated vehicle aboard Kexue, is seen in the water. It made a total of 19 dives during the expedition. (Photo provided to chinadaily.com.cn） 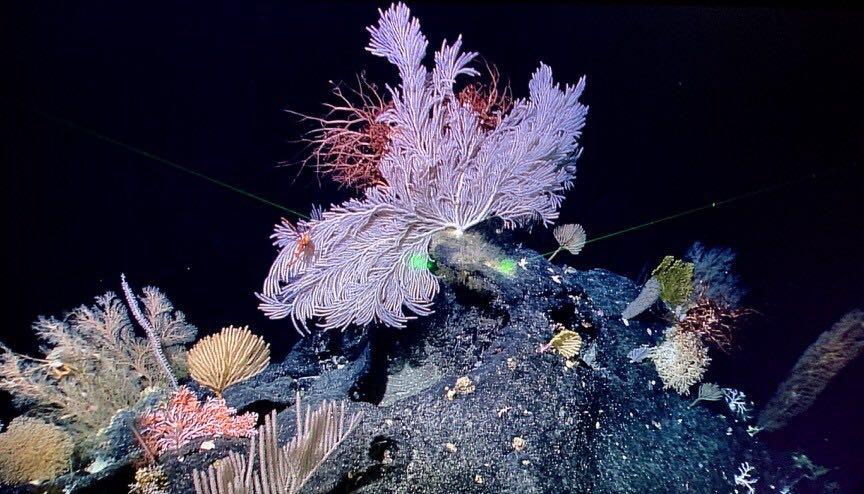 Color blooms in the depths of the ocean, as this May 28, 2019 photo illustrates a seabed garden shot by China's remote operated vehicle (ROV), Discovery, in a seamount in the southern part of the Mariana Trench. （Photo/Xinhua） 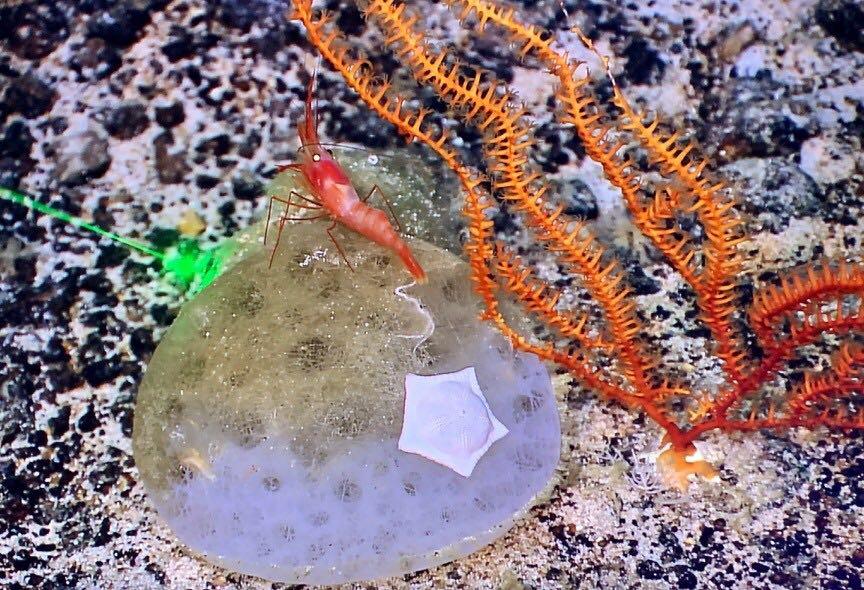 A starfish, a sea lily, a shrimp and a gorgonian, a type of soft coral, form a colorful group deep in the ocean. （Photo provided to chinadaily.com.cn） 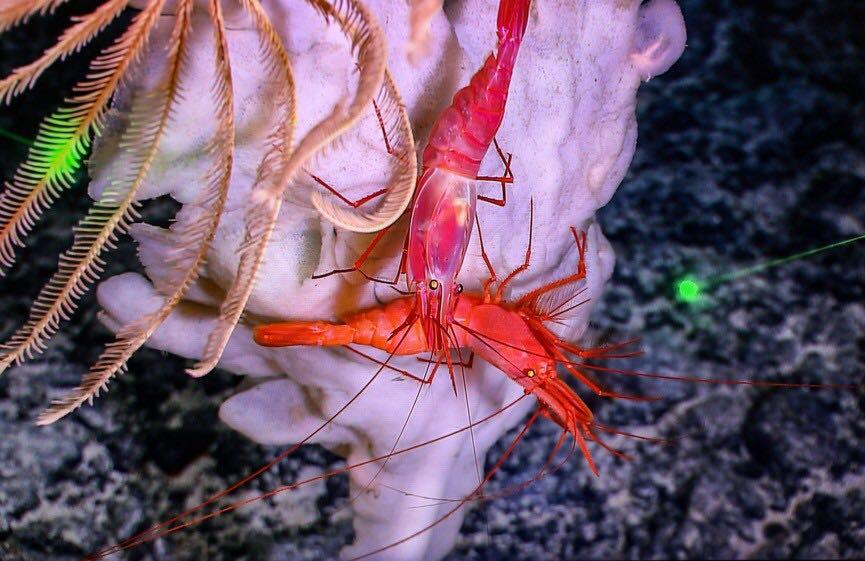 Two red shrimp and a sea lily cling to a huge sponge in the ocean. （Photo provided to chinadaily.com.cn） 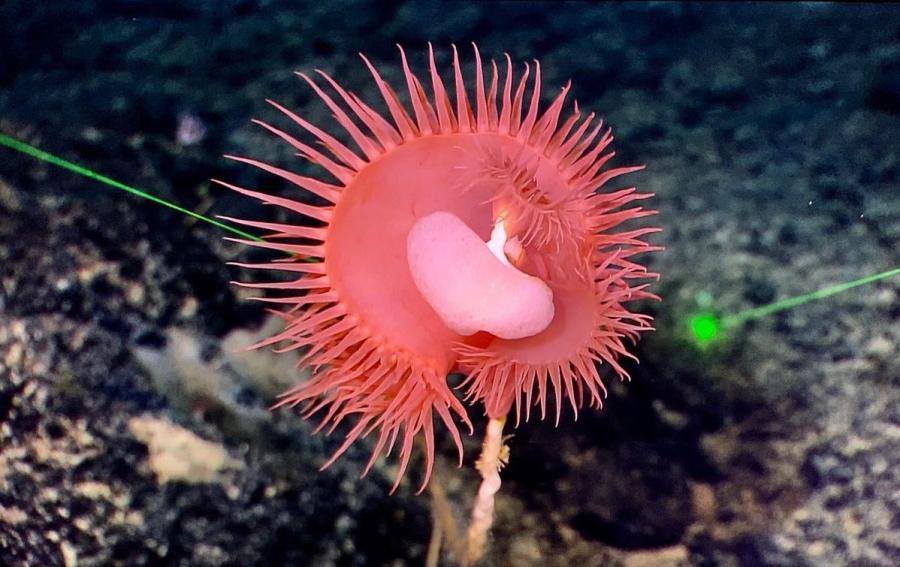 Three flytrap sea anemones and a tube sponge grow together deep in the Pacific Ocean. （Photo provided to chinadaily.com.cn） 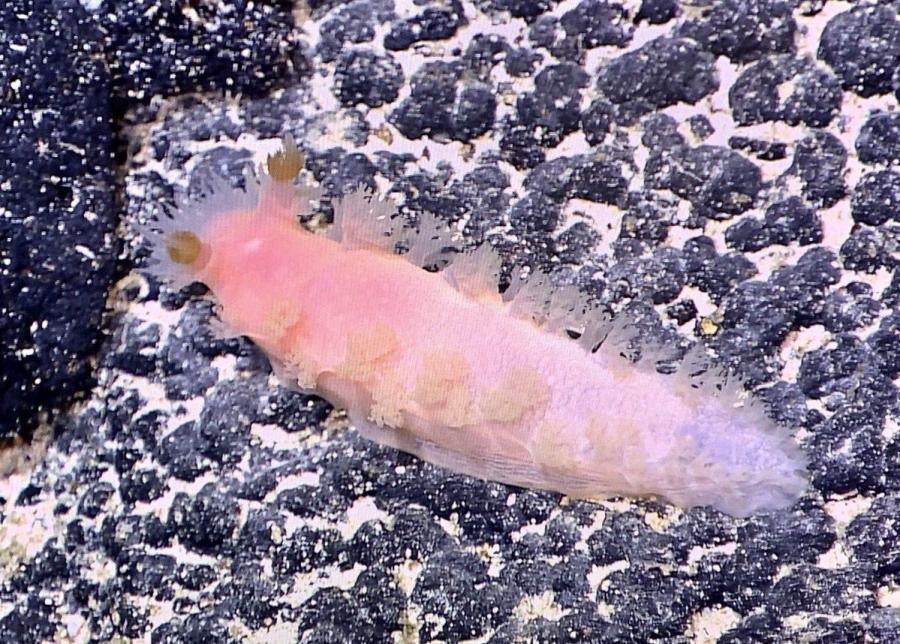 Discovery, a remote operated vehicle aboard China's research vessel Kexue, captures this photo of a deep-water sea slug in the western Pacific Ocean, on May 27, 2019. （Photo/Xinhua） 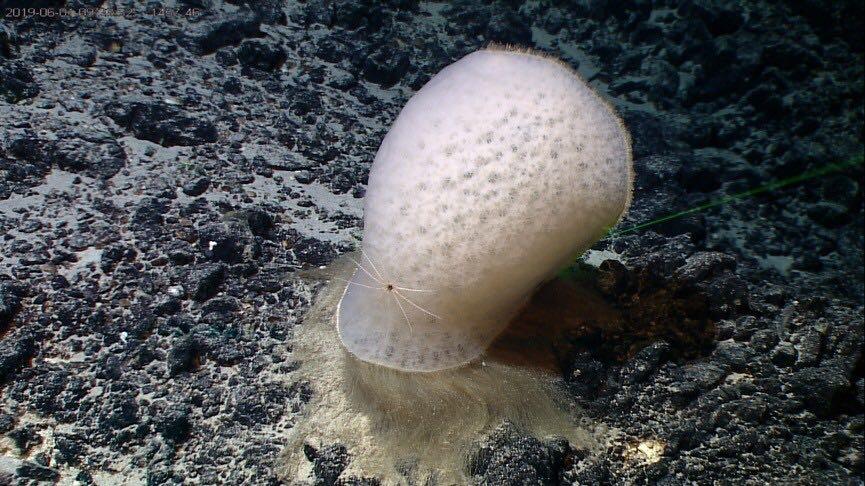 A large sponge deep in the waters of the western Pacific Ocean sports what seems like a tall white headdress. （Photo provided to chinadaily.com.cn）