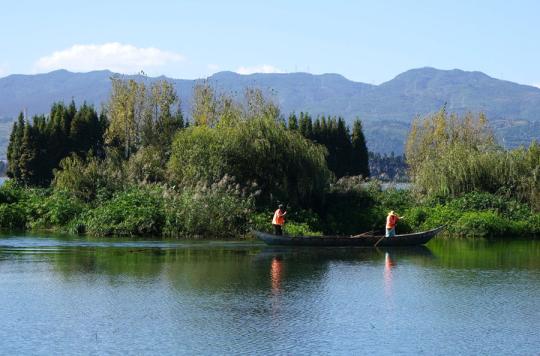 China's top environmental watchdog asked provincial-level authorities on Thursday to lay down more detailed rules by the end of September for improved efficiency and fairness in addressing offenders.

In 2009, environmental authorities issued the first guideline to regulate enforcement officials' working methods across China. The new guideline is the second one to be developed from that, but is more specific and complete, according to the Ministry of Ecology and Environment.

Xia Zuyi, deputy head of the ministry's Bureau of Ecological and Environmental Enforcement, said that before local officials had more freedom and power to decide what punishments should be given to polluting enterprises in particular situations, but in the future they will become more regulated.

Wang Canfa, professor of environmental law at China University of Political Science and Law, said the guideline can protect both enterprises and officers.

"The more detailed the enforcement process is, the more fair it is. What enterprises fear most is unfair punishment, which leads to unequal market competition. The new guideline requires authorities to minimize injustice," he said.

"A strict, scientific process can also help convince enterprises of the justice of punishments and help officers avoid conflicts."

The guideline gave some examples of rule-setting as references for provincial environmental authorities. For example, it sorts illegal activities — there are 11 kinds of exhaust gases and five levels of punishment.

It also regulated details of punishments, tying them to such things as duration of pollution, influences on nearby areas and enterprises' attitude toward correction.

According to the ministry, it is hard to unify standards of enforcement rules nationwide, so it now just plans to unify them at the provincial level.