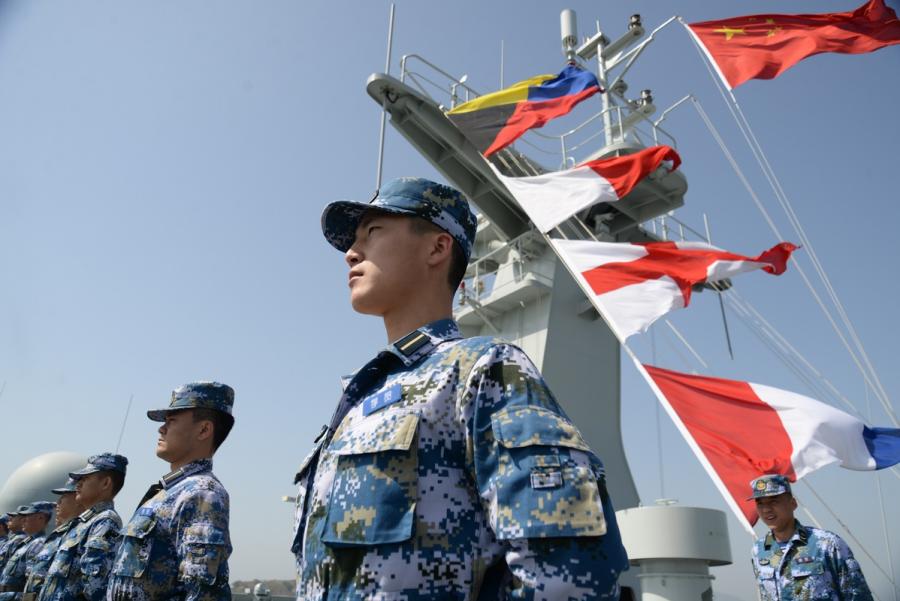 The training vessel takes the graduating cadets along the coastline of China. (Photo provided to chinadaily.com.cn)

Cadets from the Dalian Naval Academy of the People's Liberation Army are traveling along the coastline of China on their last drill before graduation this summer.

On the training vessel Qijiguang, named after the patriotic Ming Dynasty general from the 16th century, they will complete more than 100 training tasks during about 1,000 hours of teaching and training as well as thousands of nautical miles of voyage.

Under the guidance of teachers and seasoned naval officers on the vessel, the graduating cadets practice their skills on different disciplines, including geo-navigation, astronomical navigation, navigational instruments, naval geography, marine meteorology, marine hydrological engineering, as well as ship and marine engineering.

Established in November 1949, the Dalian Naval Academy is known as the cradle of Chinese naval officers. It has cultivated more than 50,000 commanding and political officers. Nearly 200 of the graduates have been promoted to become admirals or generals. 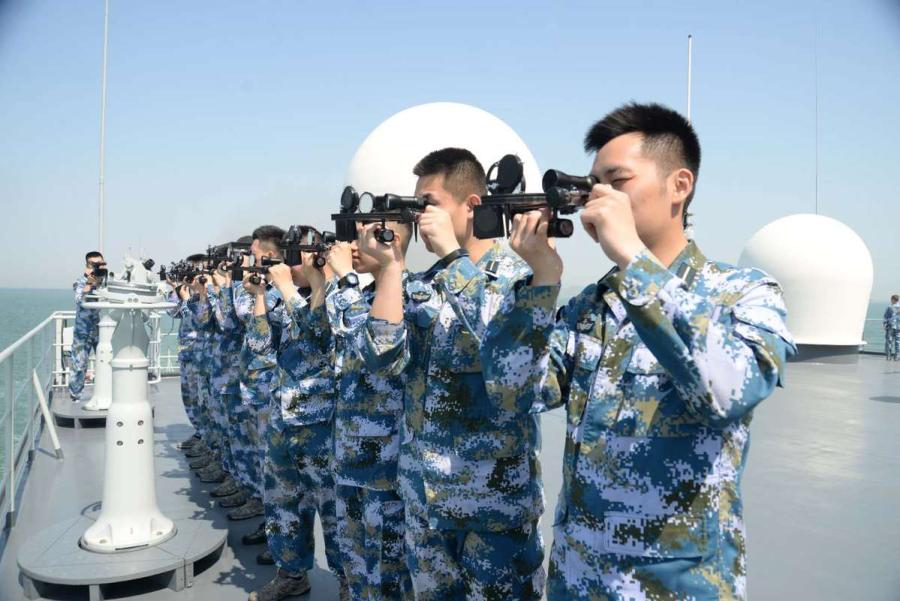 Cadets are practicing using a sextant for exploration and navigation. (Photo provided to chinadaily.com.cn) 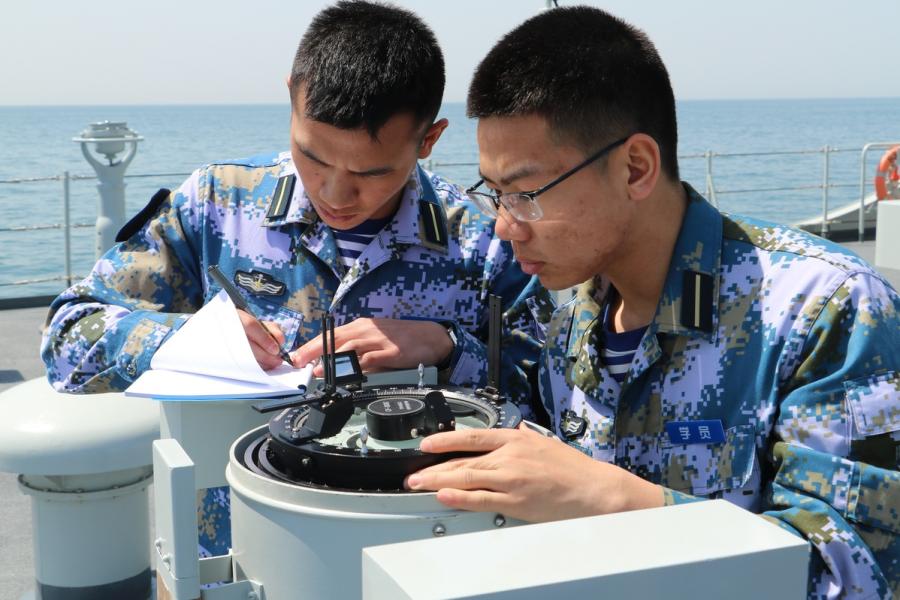 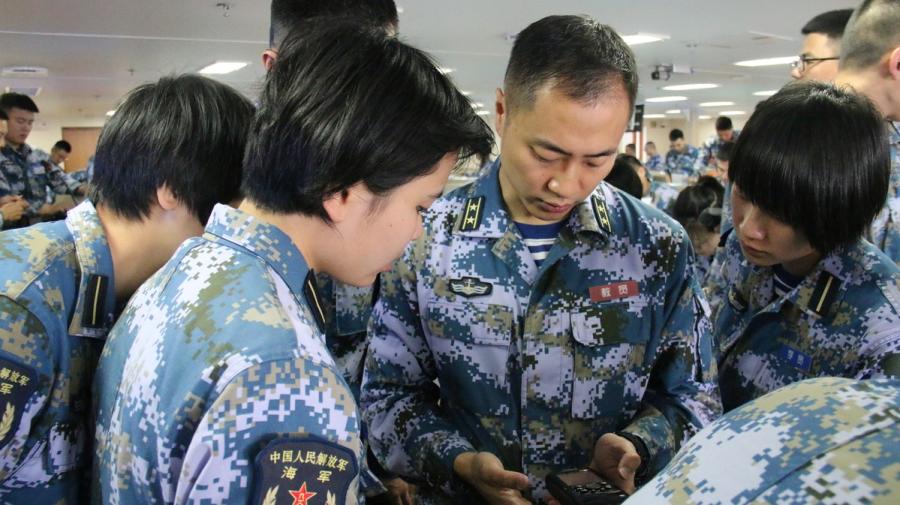 Cadets take their questions to a teacher on board. (Photo provided to chinadaily.com.cn)