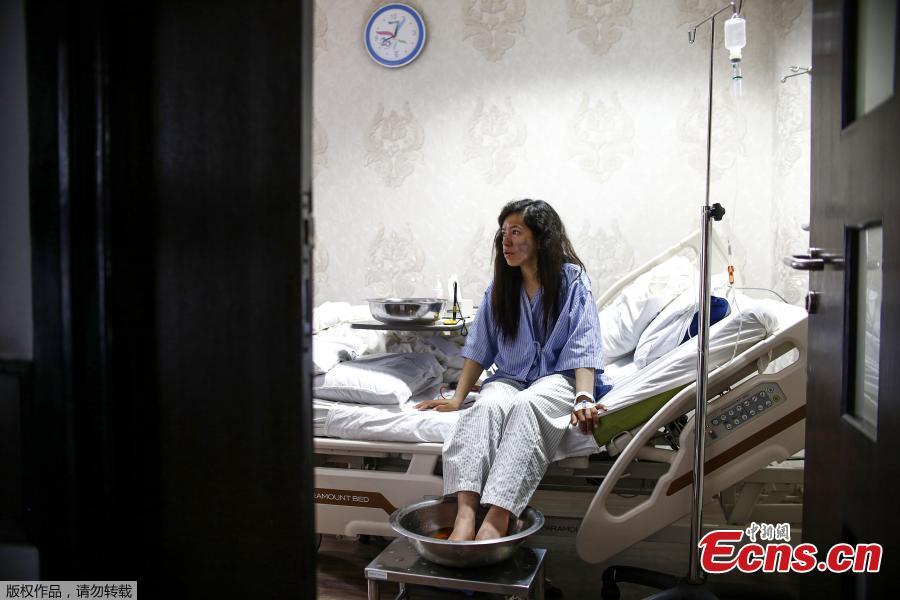 Indian Everest climber Ameesha Chauhan rests on her bed as she dips her frost-bitten feet in a warm solution at a hospital in Kathmandu on May 27, 2019. Ameesha Chauhan, a survivor of the Everest "traffic jam" who is in hospital recovering from frostbite, said climbers without basic skills should be barred to prevent a recurrence of this year's deadly season on the world's highest peak. (Photo/Agencies) 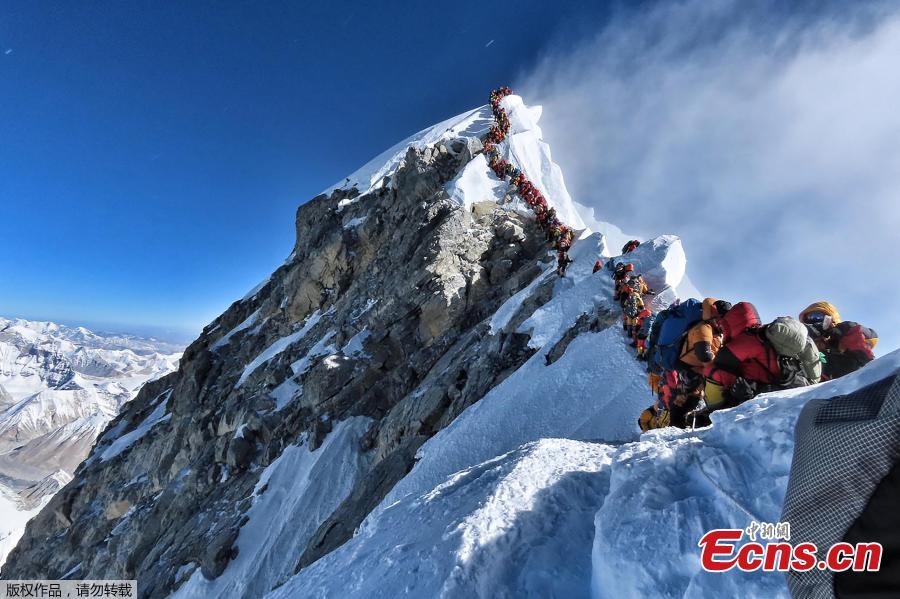 This photo taken on May 22, 2019 shows heavy traffic of mountain climbers lining up to stand at the summit of Mount Everest. Many teams had to line up for hours on May 22 to reach the summit, risking frostbites and altitude sickness, as a rush of climbers marked one of the busiest days on the world's highest mountain. (Photo/Agencies) 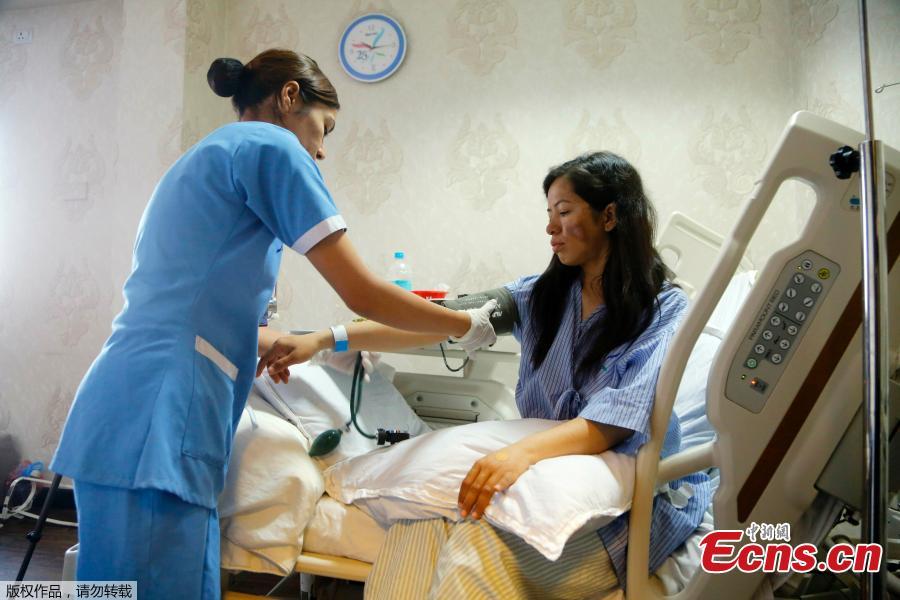 Indian climber Ameesha Chauhan who survived dangerous overcrowding on Mount Everest gets treatment at a hospital after she was rescued in Kathmandu.(Photo/Agencies) 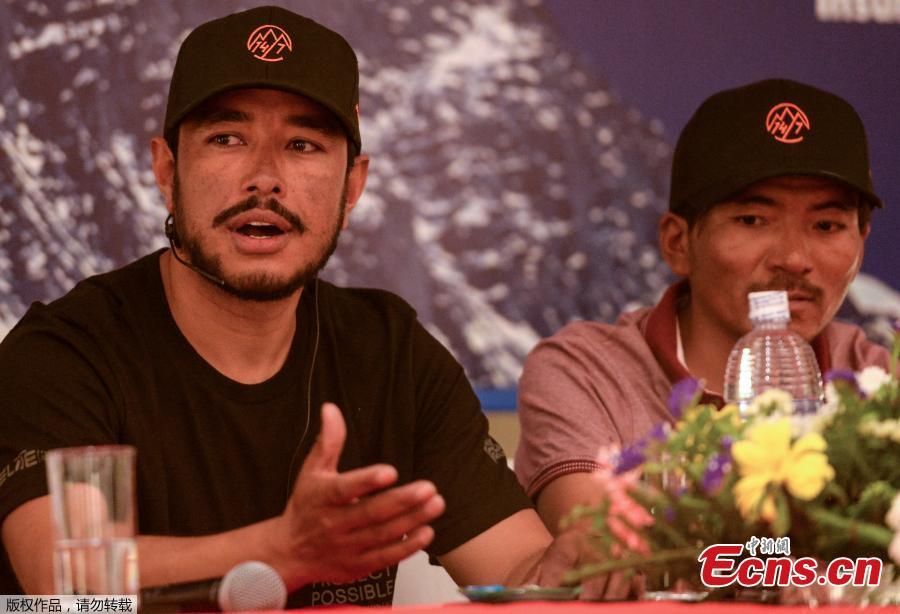 Mountaineer Nirmal Purja (L) speaks and Nepali mountaineer Mingma David Sherpa (R) looks on during a press conference in Kathmandu on May 28, 2019. Nirmal Purja has scaled six mountains peaks above 8 000 meters, including Mount Everest, over the last month as he attempts to summit the world's fourteen 8 000-meter peaks. (Photo/Agencies)