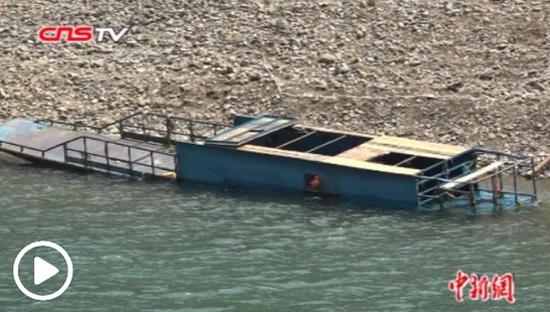 A boat capsizes at 6:30 p.m. on the Beipan River, Guizhou Province, May 23. (Photo/video screenshot on CNSTV)

The death toll in a boat accident in southwest China's Guizhou Province Thursday has risen to 13 after rescuers recovered all the bodies over the weekend, local authorities said Monday.

The Zhenfeng county government said that there were 29 people on board, when the boat capsized at 6:30 p.m. Thursday on the Beipan River. Sixteen of them were rescued.

The owner of the boat, who is among the survivors, has been held by police. The case is still under investigation. The boat is for agricultural use.

The provincial government on Friday ordered a thorough check on water traffic safety in the province. The inspection focused on passenger-intensive routes, ferries, ports, docks and water-related tourist attractions.