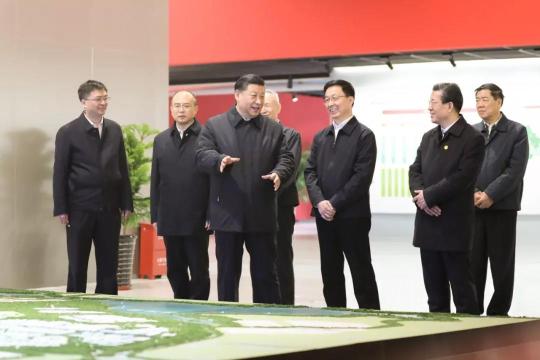 He was informed about the general plan of the State-level new area, its policies and construction process and have interactions with local people.

This is Xi's second visit to Xiongan. His first tour took place on Feb 23, 2017, when he chaired a meeting for the plan and construction of Xiongan New Area.

Hailed as part of the "millennium strategy", the new area was officially announced in April 2017. It is located about 100 km southwest of Beijing. Its main function is to serve as a development hub for the Beijing-Tianjin-Hebei economic triangle.

Additionally, "non-core" functions of the Chinese capital are expected to migrate here, including offices of some State-owned enterprises, government agencies, and research and development facilities.