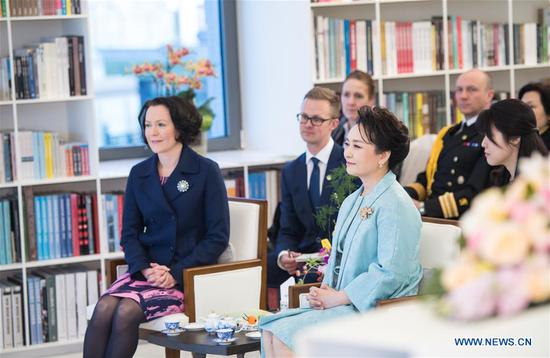 The show, which included poetry reading and musical performances, was held in the stylish bookstore Page One situated in the Qianmen area, a significant symbol of old Beijing.

During the show, students majoring in Finnish read Haukio's award-winning poems, catching her by surprise.

The performance ended with a violinist and a pianist playing a piece work composed by Finnish composer Jean Sibelius.

The show was performed by teachers and students from the Beijing Foreign Studies University and the China Conservatory of Music.

Haukio is in Beijing accompanying President Niinisto who is paying a state visit to China from Sunday to Wednesday.