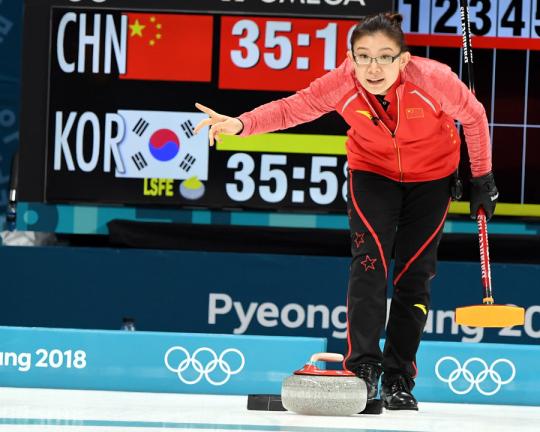 The 34-year-old mother began curling in 2001. As captain during the team's triumph at the 2009 World Championships and bronze medal win at the 2010 Vancouver Olympics -- China's first Winter Olympics team medal – Wang has orchestrated Chinese curling's most historic moments.

Wang participated in the Olympics for the last time at this year's PyeongChang Winter Olympics during which Chinese players failed to qualify for the semifinals after losing to Sweden 8-4 in its last game in the round-robin session of women's curling.

However, the team still performed much better compared with four years ago when the team hit its rock bottom at the 2014 Winter Olympics during which she led China to seventh-place finish with a 4-5 record.

After retirement, Wang will join the Beijing Organizing Committee for the 2022 Olympic and Paralympic Winter Games and continue to make her contribution to winter games and China's winter sports.