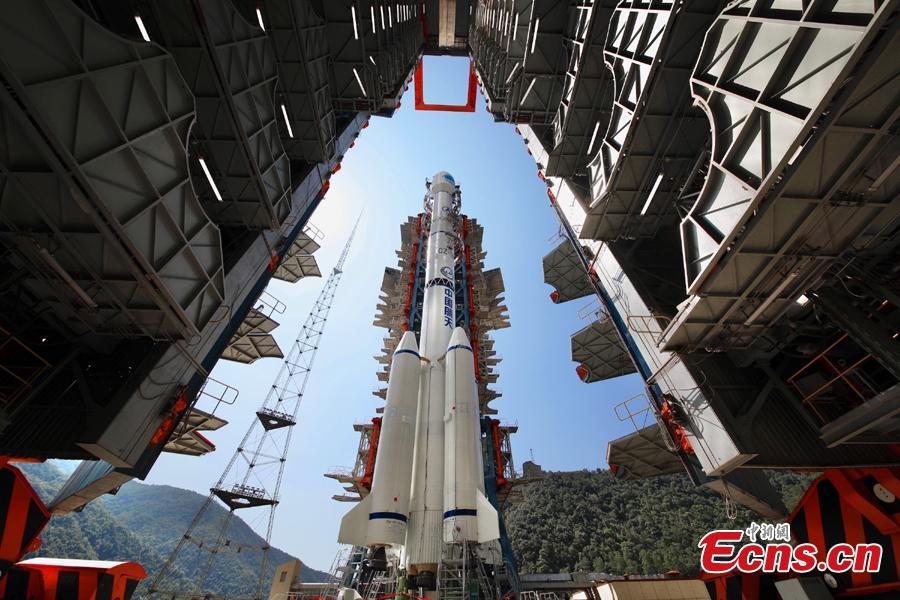 The spacecraft, the 59th in the Beidou family and 30th in the third-generation series, has undergone technical checks, propellant injection and prelaunch setting at the Xichang Satellite Launch Center in Sichuan province. 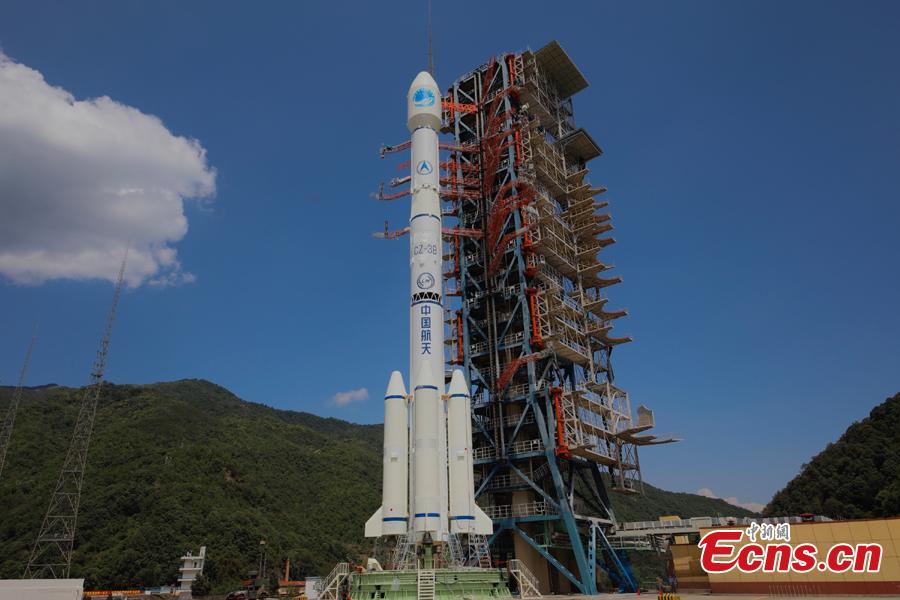 The Long March 3B carrier rocket is on the launch pad at the Xichang Satellite Launch Center in Southwest China's Sichuan province. (Photo/China News Service)