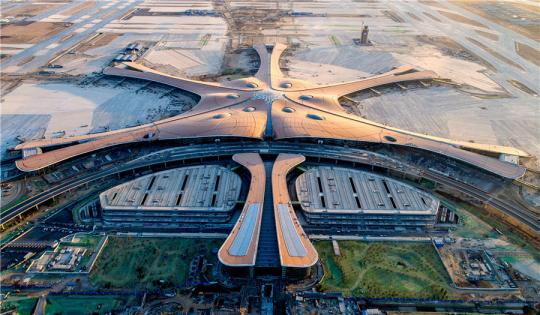 (ECNS) -- Beijing and Hebei Province have released an overall master-plan on the economic development zone centered around Beijing Daxing International Airport that opened in September.

The zone will cover 150 square kilometers, one-third of it now under administration of the capital, and will be divided into sections designated for service support, aviation logistics and aviation S&T innovation.

The zone’s development will give priority to three goals: as a center for international exchange, a pioneering hub in aviation S&T and a role-model in coordinated development among Beijing, Tianjin and Hebei, according to the blueprint.

The area also aims to develop into a comprehensive bonded zone and experiment with cross-border e-commerce and other initiatives.

One notable part of the plan is an area that has been left open-ended to cope with uncertainties and changes, Beijing News reported.

China is the world's second largest civil aviation market, and is forecast to become the largest by the mid-2020s. As the country opens more airports, authorities are increasingly developing airports as hubs to attract other resources and stimulate growth in neighboring areas.