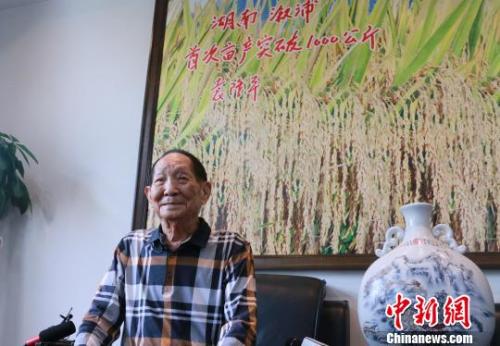 (ECNS) -- Yuan Longping, China's "father of hybrid rice", said on Thursday his team may achieve an average yield of 18,000 kilograms of rice per hectare next month.

Currently, four test fields in China are trying to break the new target of 18,000 kg per hectare.

Yuan said the rice is growing well in his test field in Changsha, Hunan Province, and that he might achieve the yield target in October.

The scientist said he still has two dreams ahead – improving average yield of hybrid rice and sharing the rice variety with the world.

"If 50 percent of the world's rice paddies were planted with hybrids, rice production could increase by another 2 tons per hectare, so some 500 million more people could be fed," said Yuan.