Ancient Buddha sculpture head to return to mainland after 20 years 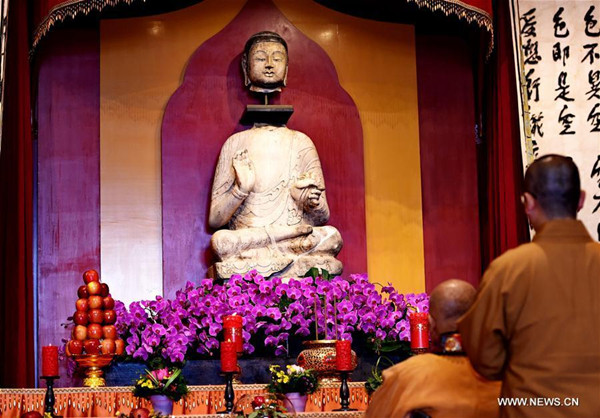 (ECNS) -- The head of an ancient Buddhist sculpture stolen in 1996 from Youju Temple in North China’s Hebei Province will return to the mainland with the help of Master Hsing Yun, the founding abbot of Fo Guang Shan Temple.

The National Museum in Beijing will organize a ceremony on March 1 to welcome back the sculpture piece, which will be returned to the permanent collection of the Hebei Museum.

The sculpture, which is made of white marble, dates back to the Northern Qi Dynasty (550-577). It was originally worshipped at Youju Temple until the head disappeared in 1996.

The 80kg head was presented to Master Hsing Yun by a private collector last year.