Li Bai's only authentic writing on show in Beijing(1/5) 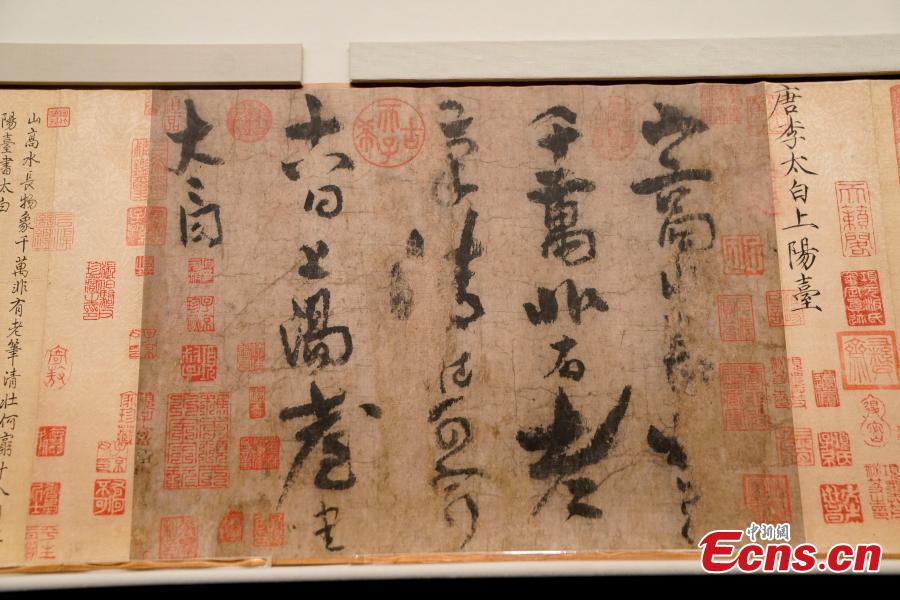 A calligraphy work by Li Bai from the Tang Dynasty (618-907), who was one of the greatest poets in Chinese history, attracts plenty of attention during an exhibition held to mark the 120th anniversary of the birth of Zhang Boju at the Hall of Martial Valor in the Forbidden City, Beijing, April 2, 2018. Zhang (1898-1982) was a famous collector and appraiser of ancient Chinese painting and calligraphy. Around 1949, Zhang donated his works to the country, and they are now kept at the Forbidden City (Palace Museum) and Jilin Provincial Museum. The centerpiece of the exhibition's 33 art works is a calligraphy work by Li Bai. Scholars and emperors of later dynasties also left their inscriptions on the work, said to be the only authentic writing of Li Bai in the world. Zhang donated the calligraphy to Chairman Mao Zedong and later it was collected by the Palace Museum. (Photo: China News Service/Du yang)