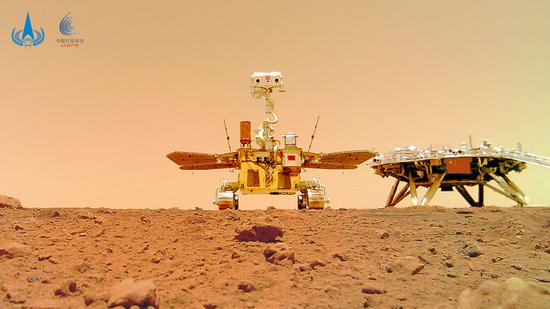 Photo released on June 11, 2021 by the China National Space Administration (CNSA) shows a selfie of China's first Mars rover Zhurong with the landing platform.(CNSA/Handout via Xinhua)

Co-established by the CNSA, Anhui Province, and the University of Science and Technology of China, the laboratory is headquartered in Hefei, the capital city of Anhui. It started operation in June this year.

Since its establishment, the laboratory has carried out science and technology research focusing on major national projects in deep space exploration, including lunar and Mars exploration.