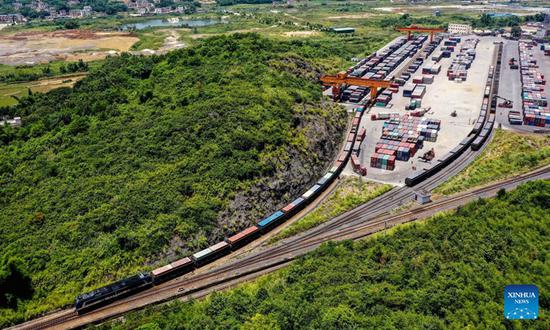 The freight train marked the pre-set annual dispatch volume in 2022 that was completed 71 days in advance.

The extension of the corridor logistic network now reaches to 60 cities in 17 provinces and autonomous regions, covering all 12 provinces in western region and part of central region of China, the report noted.

Over 640 categories of goods including China-produced new-energy vehicles, Thailand-produced tapioca flour, Vietnam-produced rice and ASEAN-produced tropical fruits were transported via the corridor in improved efficiency.

In the first nine months of 2022, the trade volume between China and Regional Comprehensive Economic Partnership member countries through the corridor was 52,068 TEUs, accounting for 45 percent of the total foreign trade volume via the corridor, said the report.