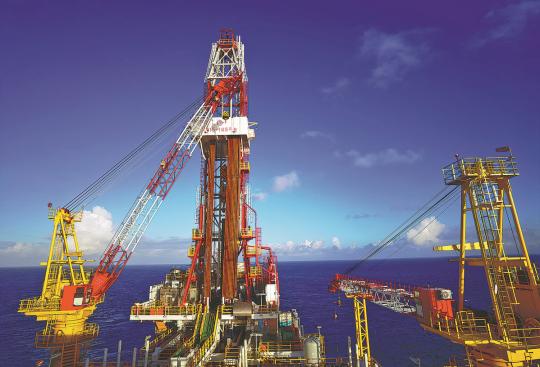 A new round of reform will enhance the effectiveness of China's State-owned enterprises and accelerate the growth of pioneers in modern industrial chains this year, the country's top State-owned assets regulator said on Tuesday.

The State-owned Assets Supervision and Administration Commission of the State Council, or the SASAC, said China's three-year action plan for the reform of SOEs (2020-22) has produced encouraging results.

The government plans to further optimize the distribution and restructuring of State capital, and focus on strategic security, industrial advantages, national economy, people's livelihoods and public service, in order to grow pioneers in modern industrial chains and strengthen the growth of strategic emerging industries this year, said Peng Huagang, secretary-general of the SASAC.

Apart from advancing the integration of SOEs' resources and enhancing their cooperation with small and medium-sized enterprises, the government will promote the integration and joint development of SOEs and private companies through mixed-ownership reforms, Peng said.

Addressing a news conference in Beijing, he said the government will create more innovative SOEs to serve the national strategies and to meet the demand for industrial upgrade, thus further stimulating innovation and creativity so as to tackle technological bottlenecks.

The commission said that seven of China's 98 central SOEs registered over 100 billion yuan in profit each last year.

"We will improve SOEs' ability to ensure adequate supplies of energy and important resources to the national economy, and contribute to the growth of China's dual-circulation development paradigm," said Peng.

Recent actions of State-owned CNOOC Ltd, the exploration and production arm of China National Offshore Oil Corp, the country's top offshore oil and gas producer by production volume, show the critical role SOEs play in this context. Earlier this month, CNOOC Ltd said it would raise its production target and capital expenditure budget for this year. Nine new projects are expected to start operations this year.

CNOOC Ltd said its net production target for this year is between 650 million and 660 million barrels of oil equivalent (BOE), of which production from China accounts for about 70 percent. Its net production is expected to reach 690 million to 700 million BOE in 2024.

Despite high-energy prices and supply gaps worldwide, China's central SOEs in the power generation sector provided 63.1 percent of power to the country with 54.7 percent unit capacity of the total last year, according to the SASAC.

Zhou Lisha, a researcher with the Institute for State-owned Enterprises at Tsinghua University, said that advancing supply-side structural reforms and professional integration of SOEs will lead to a marked improvement in the innovation capacity, competitiveness and capability to resist risks in the State-owned economy this year.