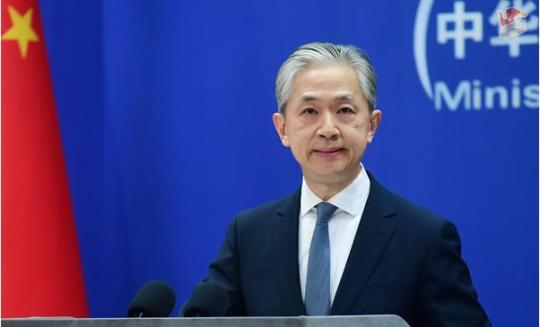 China welcomes a visit by United States Secretary of State Antony Blinken, Foreign Ministry spokesman Wang Wenbin said on Tuesday, as it was reported that the trip would take place in early February.

According to the U.S. media outlet Politico, Blinken will meet with Foreign Minister Qin Gang in Beijing from Feb 5 to 6.

"Both China and the U.S. are in communication over the specific arrangements," Wang said at a news conference.

He said China always views and develops ties with the U.S. under the three principles of mutual respect, peaceful coexistence and win-win cooperation, which were put forward by President Xi Jinping.

It is hoped that the U.S. can adopt a correct perception of China and stick to dialogue and win-win results rather than engage in confrontation or zero-sum games, Wang said.

He also called for the U.S. to meet China halfway and earnestly implement the important consensus reached by the two heads of state to promote putting China-U.S. relations back on the track of sound and steady development.

Blinken's upcoming China trip is a follow-up to President Xi's meeting with the U.S. President Joe Biden in Indonesia in November. The leaders agreed that their diplomatic teams should maintain strategic communication and have regular consultations.

Foreign Minister Qin Gang had a phone conversation with Blinken earlier this month just days after assuming the post. During the talk, the former Chinese ambassador to Washington said he anticipated continuing close working relations with Blinken for a better China-U.S. relationship.

Noting that Chinese and U.S. teams working on climate change, and economic and trade issues have maintained sound communications recently, Zhang said these are positive developments which will create favorable conditions for the meeting in February.

However, Zhang also cautioned that the U.S. should show sincerity and take concrete action to avoid incidents plunging China-U.S. relations into crisis.

The U.S. Congress established a new select committee last week to address the so-called multifaceted threats posed by China. Zhang called on the Biden administration to manage this risky tendency of the U.S. Congress to negatively impact relations between the two countries.

He also voiced concerns over U.S.' revitalizing alliances with other countries to contain China, warning it may poison the atmosphere of the upcoming talks.