Security is premise of Xinjiang progress 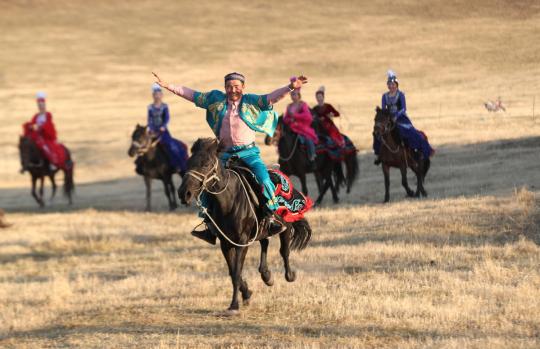 Human rights experts on Monday stressed that there is no "absolute standard" to judge human rights that should be ensured in accordance with reality and national conditions, adding that social security is the premise of social development.

They also refuted the West's groundless accusation on human rights practices in the Xinjiang Uygur autonomous region during an online China-hosted side event of 51st Session of the UN Human Rights Council, applauding the region's remarkable development in recent years and its fight against terrorism and religious extremism. The event was themed High-quality Development and Achievements of Human Rights in Xinjiang.

Wang Jian, vice-president of Northwest University of Political Science and Law, said Xinjiang is diversified in many aspects, and there should be no "absolute standard" for human rights development.

"Xinjiang has very diversified natural ecologies, ethnic groups, languages, religious beliefs and living customs," he said, emphasizing that the country's human rights situations would continue to develop based on its national conditions and the requirements of the people and it would be good to achieve the designated goals.

Responding to some Western accusations that the fight against terrorism has violated human rights, Wang Jiang, a researcher at Zhejiang Normal University, said security is the premise of development, and development is the guarantee of security.

"In the absence of social security, not only is the process of development likely to be impacted and unsustainable, but the development will not be sustainable," he said.

He underlined that the anti-terrorism and anti-extremism fights in Xinjiang included China's efforts in eradicating poverty, increasing investment in education, strengthening regional development advantages, and increasing the happiness and sense of gain of people of all ethnic groups in Xinjiang.

"Thanks to those efforts and development, the people of all ethnic groups in Xinjiang will be more active and more able to resist terrorism and religious extremism," he said.

In addition, religious beliefs in Xinjiang have also been guaranteed in the past several years, said Peng Wuqing, director of political science and law at Xinjiang Normal University, referring to a religious affairs regulation issued by the regional legislature to protect citizens' freedom of religious belief.

"Xinjiang has expanded the channels for believers to acquire religious knowledge, improved the facilities for religious activities, and carried out normal religious activities in an orderly manner," he said, stressing that all these have fully ensured the orderly inheritance and stable development of Islam in Xinjiang.