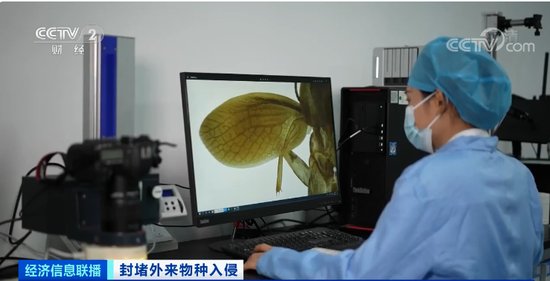 (ECNS) -- Zhongshan Port Customs in Guangdong Province intercepted a new species of Blattaria, or cockroach, in a batch of logs imported from Guyana in a joint campaign with a lab for vector-borne diseases inspection and quarantine.

At present, there are more than 4,000 known species of Blattaria, which is an important vector that may trigger diseases.

With strong adaptability and fecundity, the Blattaria can rapidly colonize in the invaded areas, posing threats to local ecological environment. And it may also carry unknown pathogens to spread diseases and endanger human health.

According to the data released by the Ministry of Ecology and Environment, China has reported more than 660 invaded species currently.