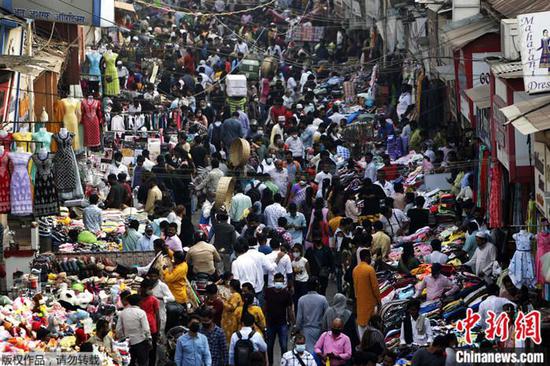 (ECNS) -- The global population is projected to reach 8 billion on Tuesday, said the World Population Prospects 2022: Summary of Results, published by the United Nations (UN).

The latest projections by the UN suggest that the global population could grow to 10.4 billion in the 2080s and remain at that level until 2100.

But data from other research institutes differ. Studies conducted by the Institute for Health Metrics and Evaluation of Washington University in 2020 show that the global population will reach its peak in 2064 at less than 10 billion, then decrease to 8.8 billion in 2100.

According to the report, in 2022, the two most populous regions are both in Asia. Eastern and South-Eastern Asia have 2.3 billion people, or 29 percent of the global population, while Central and Southern Asia have 2.1 billion, or 26 percent.

India is expected to have the largest population in the world in 2023 and its population will reach 1.67 billion in 2050.

The world’s population continues to grow, but the pace of growth is slowing down, said the report. The growth rate of the world’s population from 1962-1965 was 201 percent annually, but it plummeted to less than one percent by 2020. It is predicted that this number will continue to decrease to 0.5 percent in 2050.

Globally, life expectancy reached 72.8 years in 2019, an increase of almost nine years from 1990, said the report, adding that further reductions in mortality are projected to result in an average longevity of around 77.2 years globally in 2050.