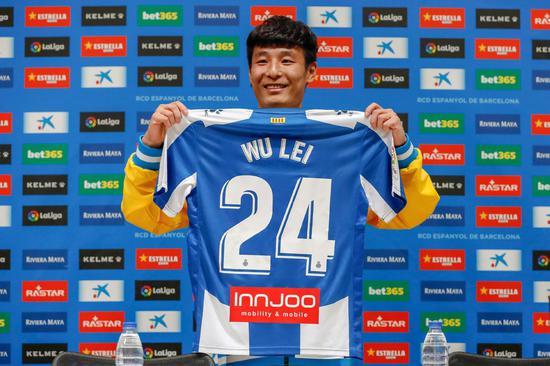 The 27-year-old on Monday joined Barcelona-based Espanyol from Shanghai SIPG to become the first Chinese to sign a permanent deal with a Spanish top-flight side and just the second player from China to currently ply his trade in Europe's elite ranks.

"As we can see at the Asian Cup, so many Japanese and South Korean players play in foreign leagues and I think I need to be a role model for younger Chinese players," Wu told China Central Television before leaving Dubai for Barcelona on Monday.