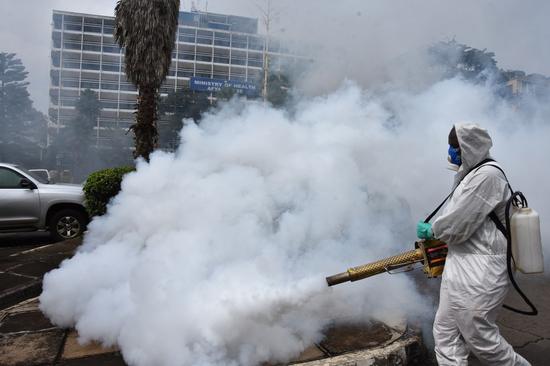 South Africa on Saturday reported 7,210 COVID-19 cases over the past 24 hours, the highest daily surge since the disease broke out in early March.

With the new cases, the total number of confirmed cases in the country has risen to 131,800, the Health Department said in its daily report.

The Western Cape province remained the epicenter of the pandemic with 59,315 cases, followed by Gauteng with 34,285 and the Eastern Cape with 23,658.

In the latest development, the pandemic also took its toll on schools following the phased reopening of Grade 7 and Grade 12 classes on June 8.

According to the education department, 700 schools across the country had to close at some stage following infections among teachers and pupils.

More than 520 pupils and 1,169 staff members have tested positive for COVID-19 since schools reopened three weeks ago, the education department said, adding that the Eastern Cape has the highest number of pupils who have contracted the virus, with 270 testing positive.

Despite growing calls for the government to cancel its school reopening program, Basic Education Minister Angie Motshekga said her department would go ahead with the plan for phased reopening of schools.