Wuhan to end lockdown on April 8 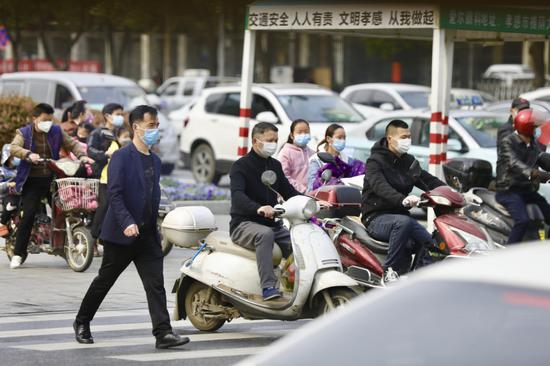 Wuhan will open travel to outside the city on April 8, with other parts of Hubei province ending their lockdown on Wednesday, according to a government announcement.

The provincial government said on Tuesday areas other than Wuhan will restore outbound traffic on Wednesday and people will need to show a health code – a digital health certificate issued by the province - when leaving the province.

However, starting on Wednesday, migrant workers in Wuhan who hold a "green" health code and wish to return to work outside the city could be transported in groups directly to their destinations after passing a nucleic acid test for novel coronavirus, according to the announcement.

Other travelers with a "green" health code will be able to leave the city on April 8.

People from other provinces will be able to travel within the province with the health code issued by their original provincial regions without the need to present other certificates.

Wuhan will gradually resume production based on epidemic risk evaluation. The opening time of school, including colleges, kindergartens and vocational institutions, is still postponed and will be set at a later time, it said.

The provincial government urged all localities to strictly prevent risks brought by the increase of population flow and gatherings and properly respond to imported risks.

It also asked to refine work arrangements to ensure safe and orderly traffic, and actively promote the resumption of work and production to minimize losses and restore normal economic and social development as soon as possible.