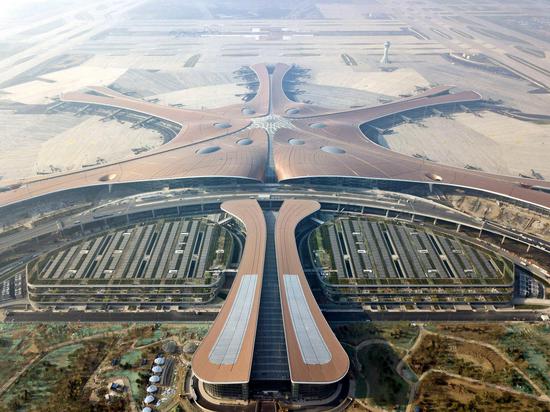 At 6:57 a.m., under the command of the tower controller, an Airbus 330 of Finnish national carrier Finnair landed safely on the runway of Daxing International Airport with visibility below 175 meters.

It was the first passenger flight to conduct a landing with visibility below 175 meters, known as a Category-IIIB landing, since the airport opened to flights.

At 7:29 a.m., a Boeing 738 of China United Airlines took off from the runway, becoming the first aircraft to leave Daxing International Airport with visibility below 175 meters.

The airport opened to flights on Sept. 25. Located 46 km south of downtown Beijing, the new aviation hub is shaped like a phoenix spreading its wings. Its passenger and cargo throughput are expected to reach 72 million and 2 million tonnes, respectively, by 2025, with 620,000 takeoffs and landings.