Pubu Droma, a 18-year-old Tibetan girl, sits among her male teammates between training sessions of the men's football team at Nankai University on Nov. 29, 2019. (Xinhua/Li Ran)

On a football field in Tianjin, a petite Tibetan girl playing in a boy's team received a cross from a teammate, controled it and sent the ball flying into the net.

Her name is Pubu Droma, an 18-year-old striker and captain of a men's football team at Nankai University. 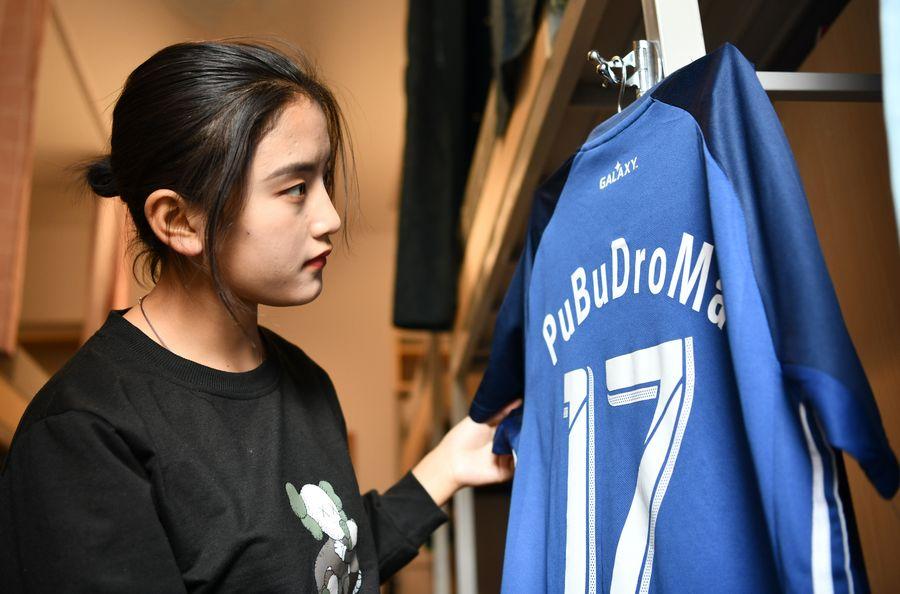 Wearing a dark blue jersey with her lucky number 17 and a pair of neon green shoes given to her by her parents, Pubu Droma pursued her football dream and signed up for her school's freshmen football games as soon as she enrolled.

"My idol is Cristiano Ronaldo, who once wore the number 17 shirt. I hope this number can give me more power," Pubu Droma said. 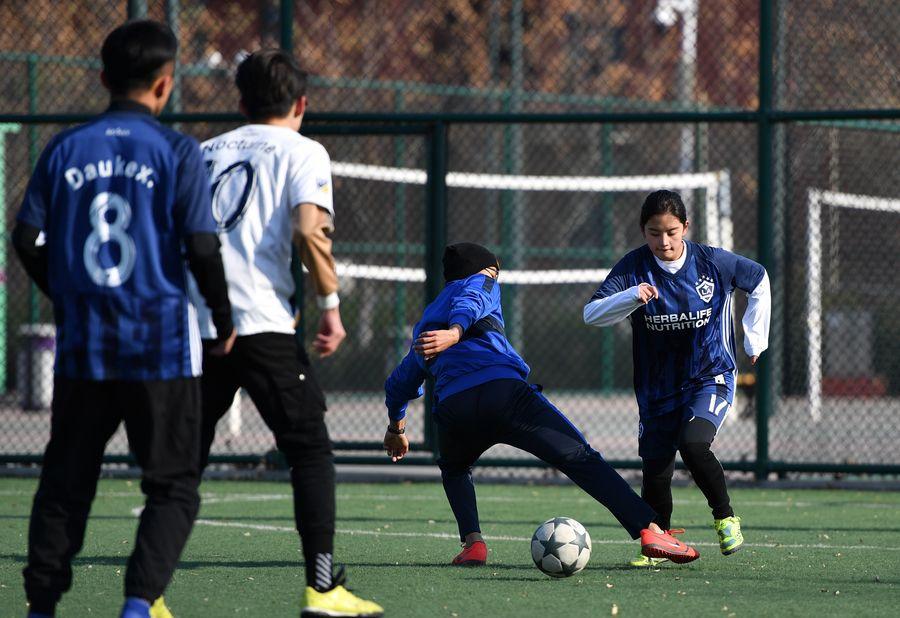 However, Pubu Droma's inclusion was not without controversy, as she was initially refused admission to the team due to her gender, and was ridiculed by several of her peers. 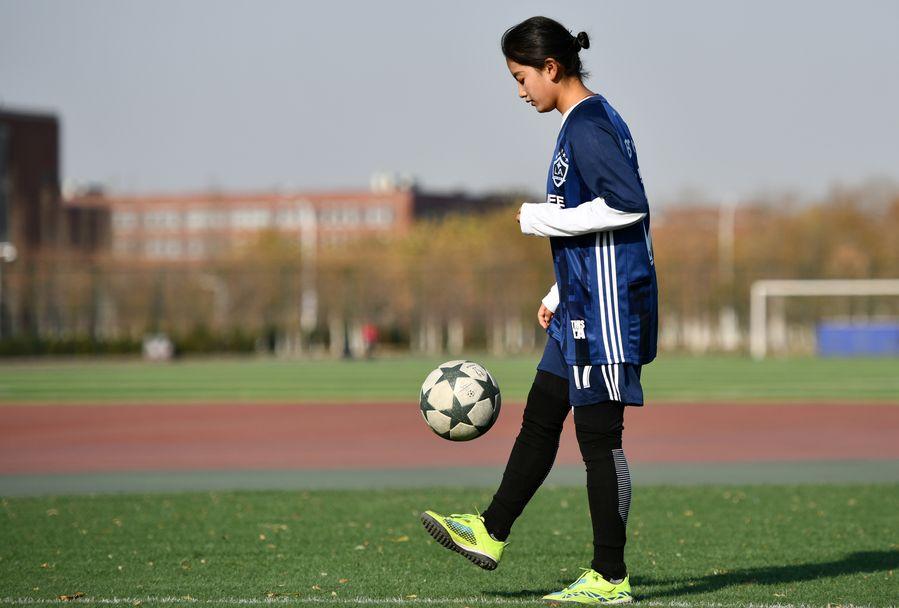 This upset Pubu Droma, but the school's football association decided to give her another chance and organized an online vote among the captains of all participating teams. 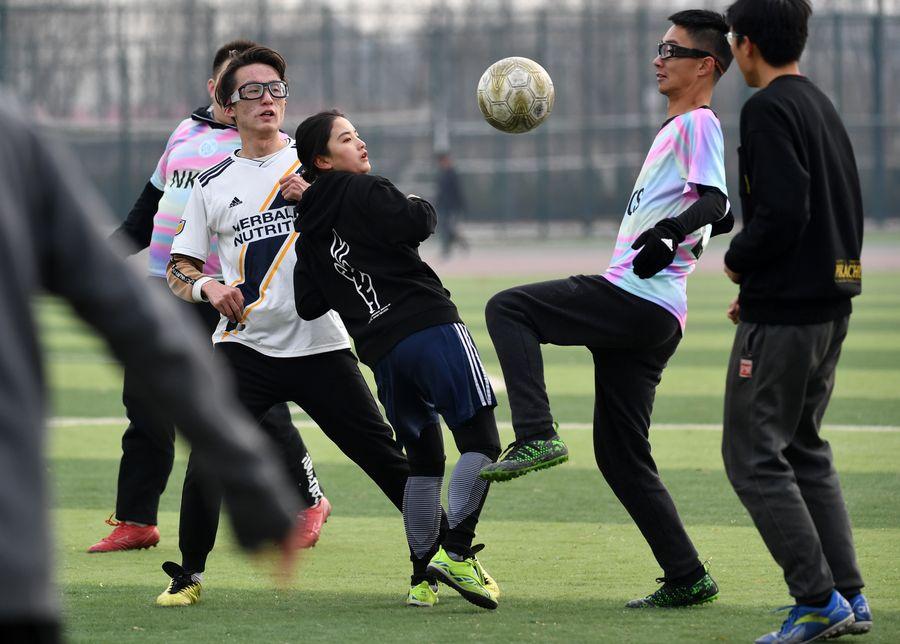 "Such a brave girl to compete with boys. I admire her spirit."

"I hope she can keep safe during the games. I'm with her." 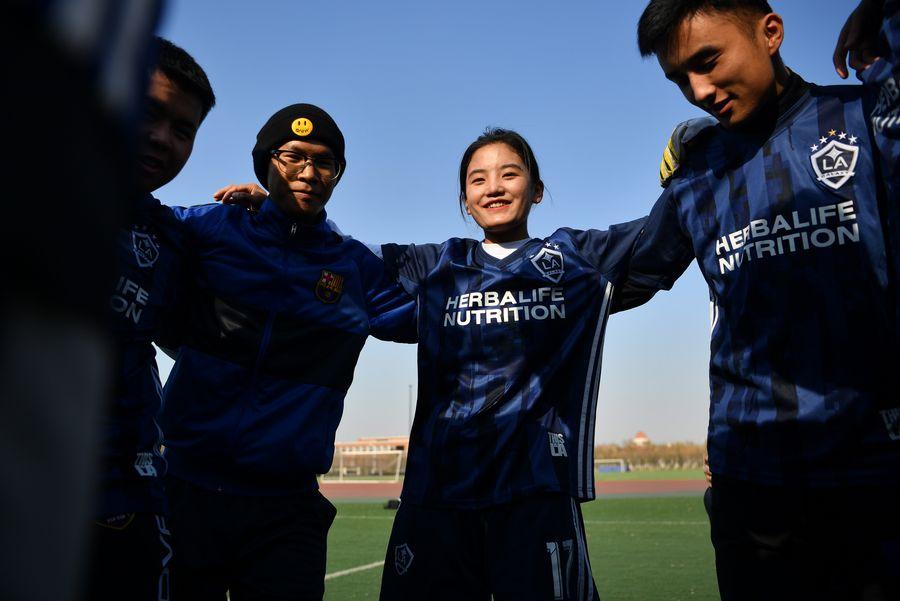 Pubu Droma stands alongside with her male teammates on Nov. 28, 2019. (Xinhua/Li Ran)

Pubu Droma received many expressions of support from other players and finally got the chance to be the only female player in a men's team. She soon won over the doubters with her skills and enthusiasm on the pitch, in the process breaking down barriers and gaining respect.

"Football is a team game regardless of gender. Everyone has to do their best for their team's honor and victory, as well as doing what they love," she said. 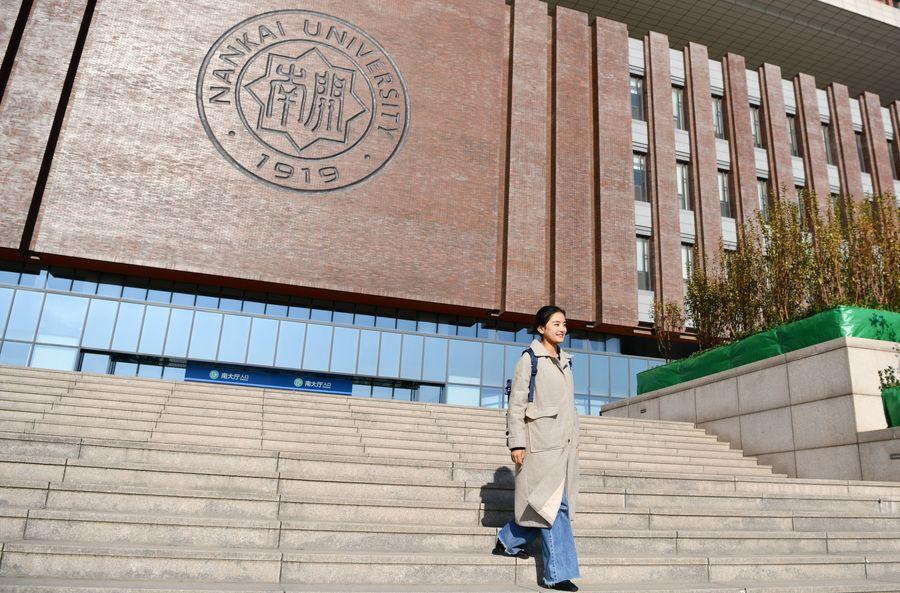 Pubu Droma walks in the campus of Nankai University on Dec. 6, 2019. (Xinhua/Li Ran)

Dating back to her time at Lhasa No. 1 Middle School, where her football dream began, Pubu Droma was busy preparing for the senior high school entrance examination, but still practised her footballing technique by kicking discarded tin cans in corridors during break times.

She soon had an opportunity to participate in her first game in a boy's side, and steered a shot into the net within the first few minutes. "It encouraged me a lot. My classmates came to see my performance, and I received many compliments from them." 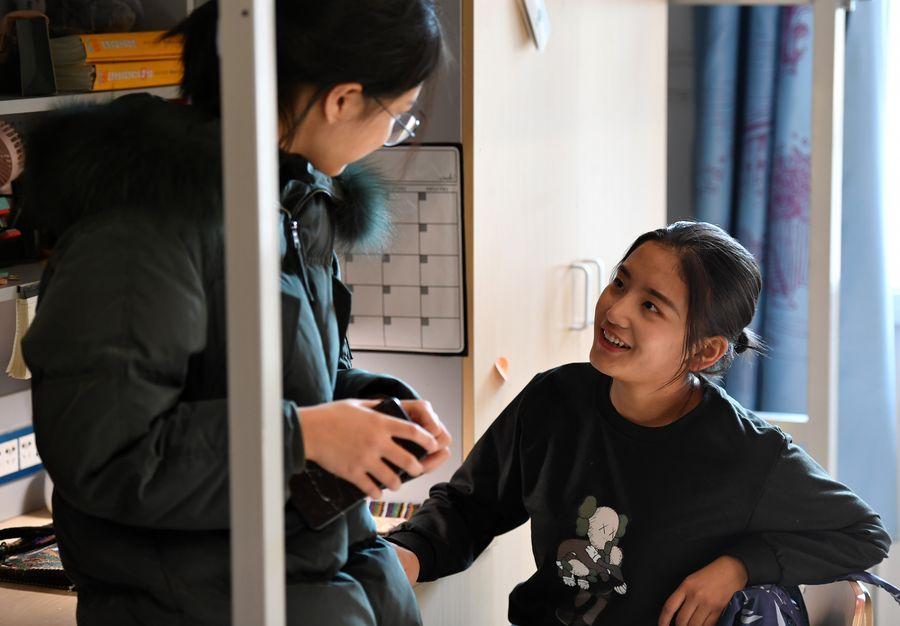 Pubu Droma talks with her roommate in the dormitory on Dec. 6, 2019. (Xinhua/Li Ran)

Inspired by Pubu Droma, more girls at the school started to play football, prompting them to established a school women's football team with a professional coach for daily training sessions. 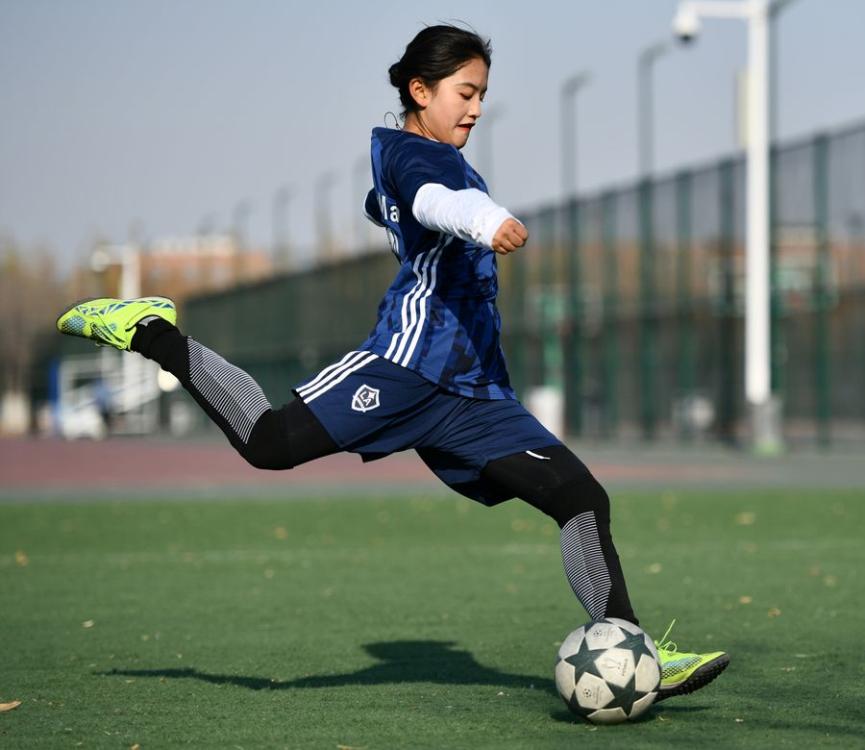 "I didn't expect to see so many girls at our school loving football. About 50 girls join in a group and we conduct regular training sessions at weekends," she said, adding that she hopes this informal team can become an official school women's football team in the future.

"I love football and hope it will spring up everywhere." she said.