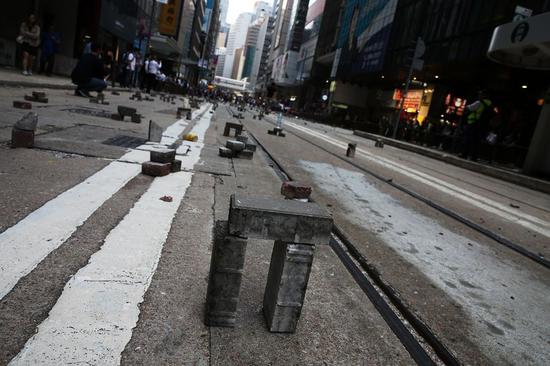 A senior sanitation worker in Hong Kong died in hospital late Thursday after being hit in his head by one of the bricks hurled by rioters.

This is the first death of an innocent civilian since the now-withdrawn ordinance amendments concerning fugitives' transfers sparked unrest in Hong Kong that escalated into severe violence.

The 70-year-old worker with the Food and Environmental Hygiene Department died in Prince of Wales Hospital after suffering a critical injury, the department confirmed.

He was hit in the head by one of the bricks thrown from masked rioters near North District Town Hall in Sheung Shui during his lunch break on Wednesday.

The Hong Kong Special Administrative Region government expressed outrage over the malicious acts of the rioters, saying the police will follow up the case thoroughly to bring offenders to justice.