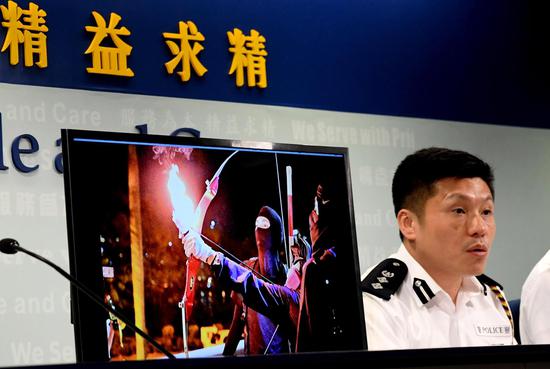 Lawyer groups in Hong Kong on Thursday voiced strong condemnation over the arson on the Shatin Law Courts Building Wednesday evening, saying it was an attack on judicial authority.

Melissa Pang, president of the Law Society of Hong Kong, said she is highly concerned over the arson allegedly triggered by discontent over a court ruling that rejected to bar the police from entering a university campus.

The High Court of the Hong Kong Special Administrative Region (HKSAR) on Wednesday rejected an application from some students of Chinese University of Hong Kong (CUHK) for an interim injunction to prohibit police from entering the CUHK campus.

The court is obliged to rule justly in accordance with the laws regardless of the nature of the disputes or the parties involved, Pang said, pointing out that the parties are entitled to appeal to a higher court if they are not satisfied with the ruling.

The Law Society of Hong Kong is dedicated to protecting the rule of law as an important foundation for Hong Kong's prosperity and stability, and it strongly condemned the malicious act of intimidating judicial bodies due to discontent over court ruling, she said.

"Attacks on private property are bad enough but if attacks on court buildings continue, the constitutional fabric of the HKSAR will be torn asunder with disastrous consequences for every Hong Kong resident," the association said in a statement.