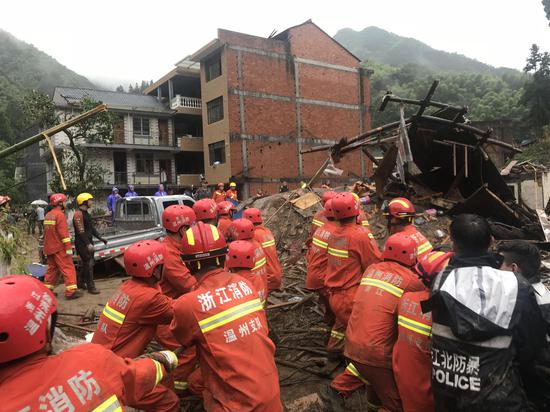 A total of 28 people died and 20 remain missing in east China's Zhejiang Province after typhoon Lekima made landfall in the province on Saturday, local authorities said on Sunday morning.

Nearly 1.08 million people have been evacuated to safe places, and close to 5 million people in Zhejiang were affected, said the provincial flood control headquarters.

Lekima is expected to churn up the east coast towards Shandong Province on Sunday.