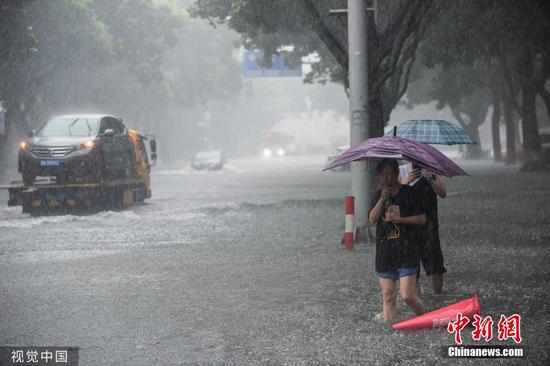 Typhoon Lekima made landfall near the city of Wenling at around 1:45 a.m. BJT on Saturday, with wind speeds reaching 52 meters per second at its center, according to China's National Meteorological Center.