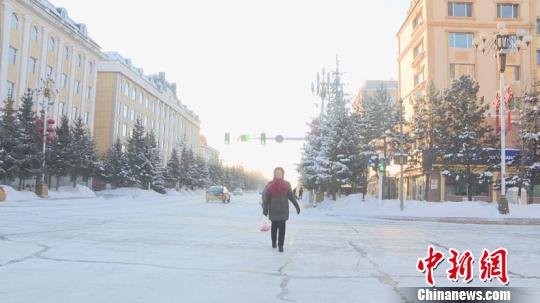 A woman walks on the street in Mohe, Heilongjiang Province. (Photo/China News Service)

The Heilongjiang observatory on Wednesday prolonged an orange alert for spells of extreme cold across the northeastern province, where the temperature in Mohe, China's northernmost city, has dropped to minus 41.1 degrees Celsius.

In Harbin, the provincial capital, the lowest temperature hit minus 20 degrees Celsius.

The cold spell is likely to dominate the region until Friday, the provincial observatory forecast, adding that it may have a negative impact on local agriculture, transportation and logistics sectors.