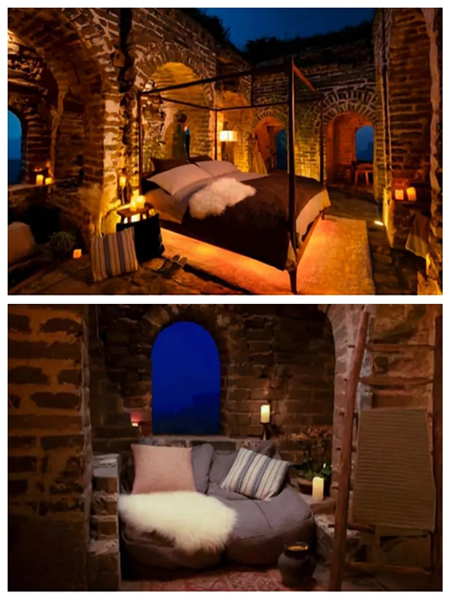 US home rental website Airbnb pulled a commercial plan offering a chance to spend the night at a section of the Badaling Great Wall in Beijing after an online backlash.

"We have made the decision to not move forward with this event and instead we are working on a range of other experiences and initiatives that showcase China as a destination," Airbnb said Tuesday.

The company said it halted the plan out of respect for public opinion.

Many Chinese worried that the sleepover plan could damage the site.

The project, the "Night At The Great Wall" contest was launched on China’s social media earlier this month, calling for participants to spend a night at the torch tower on the Badaling Great Wall. Four winners in the contest would get the chance of spending a night on the Great Wall.

In their publicity video, the torch tower was already equipped with beds, electric lights, carpet, sofas and other furniture.

However, soon after the advertisement was launched, many Weibo goers started to question whether it is proper to run such a program on the Great Wall.

“The Great Wall is a cultural relic as well as a preserved construction. Is it proper to approve such projects, and is it legal? I’m really curious about it,” wrote a Weibo user.

“Have you communicated with the cultural relics protection departments? Do you know how to prevent the relics from damage in such commercial activities?” another Weibo user questioned.

Some also cited the regulations forbidding "constructing and installing facilities irrelevant to the protection of the Great Wall.”

In its first response to such questions, Airbnb promised that “not a single nail” of the Wall would be moved and that the event as done in consultation with conservation experts.

Later, the company said the project was one of their most influential programs, which have been held in over 70 tourist destinations, and their goal is to “break down cultural barriers and building new connections” as well as “promote local culture and tourism to the world.”

"This unprecedented level of access will showcase the Great Wall to the world and promote sustainable tourism to China by spotlighting wide-ranging efforts to preserve the Wall's deep heritage and bring Chinese culture to life," the contest site said.

It was also mentioned that the company had communicated and consulted with “relevant departments.”

However, officials of Beijing’s Yanqing District, home to the section of the Great Wall that was to host the sleepover, said in a statement earlier this week that they had not been notified about the event and no approval was given.

“Such events do not comply with the conservation of the Great Wall, and we do not support such events there,” the district officials said in a statement, citing the cultural relics protection department.

They also expressed gratitude to the residents and netizens for caring and supporting the conservation work of the Great Wall, and welcomed supervision from the society.

"No matter how they dress it up, this doesn't hide the fact that this contest is by a private company that will undeniably cause damage to an ancient artifact," one person wrote on Weibo

“It should be forbidden," another said, echoing similar sentiments.

Airbnb has held similar activities in a number of countries, including on a reef in the Great Barrier Reef in Australia, and the Dracula Castle in Romania.

The company has more than 8.6 million Chinese users and the company has about 150,000 room listings in China. However, it is facing stiff competition from local rivals such as Tujia and Xiaozhu, which have flourished in recent years.

(With inputs from AFP)