Get up and move for National Fitness Day(1/4) 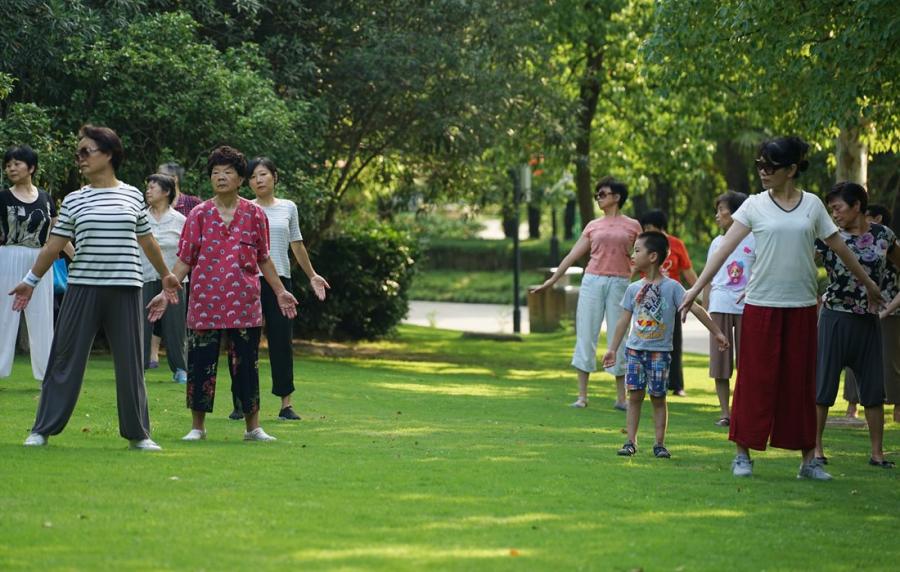 People jog at the park on August 8. 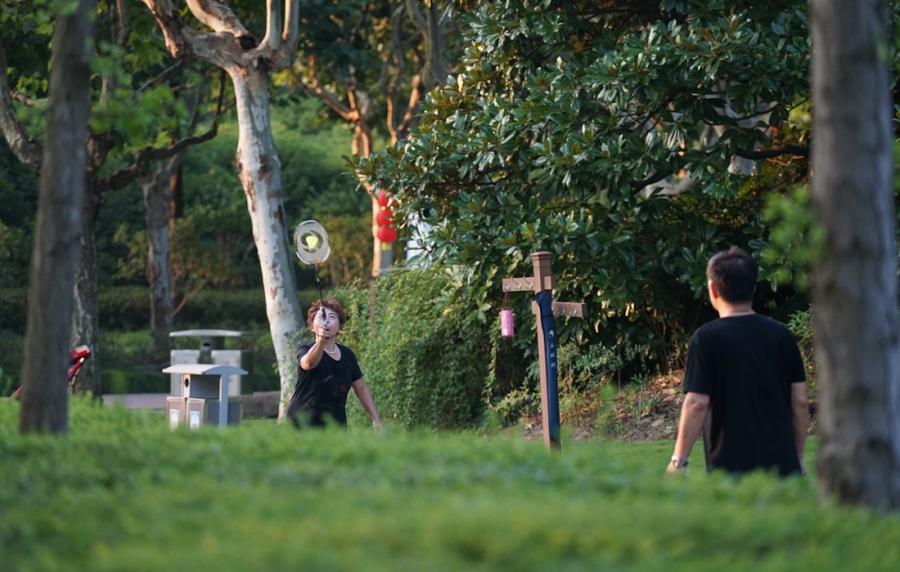 People play badminton in the park. 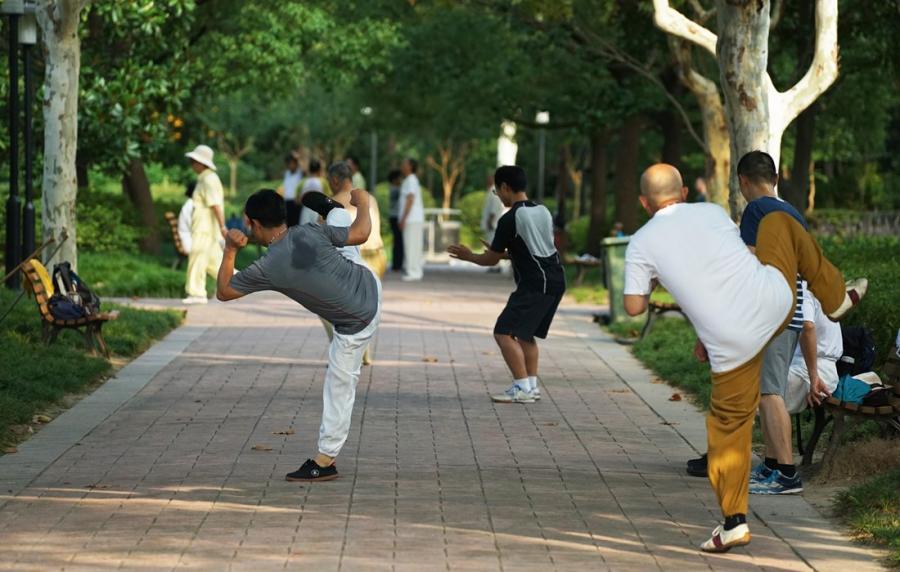