China to mark farmers' harvest festival from this year 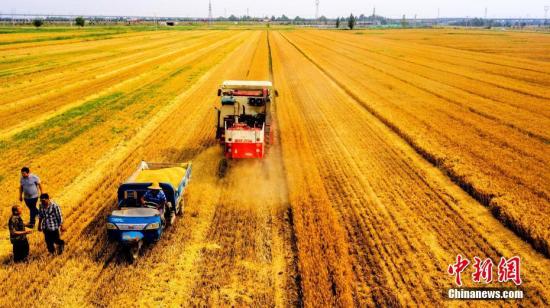 The country will celebrate the "Chinese Farmers' Harvest Festival" on the autumnal equinox day of Chinese lunar calendar from this year, said Han Changfu, minister of agriculture and rural affairs, on Thursday.

It is the first State-level festival specially created for farmers, he added.

He said the festival reflected the high priority government gives to agricultural work and the deep care of all the farmers.

The idea was adopted by the Standing Committee of the Political Bureau of the CPC Central Committee at a meeting chaired by General Secretary Xi Jinping, and officially approved by the State Council.