China's industrial robot production up 16.9% in May 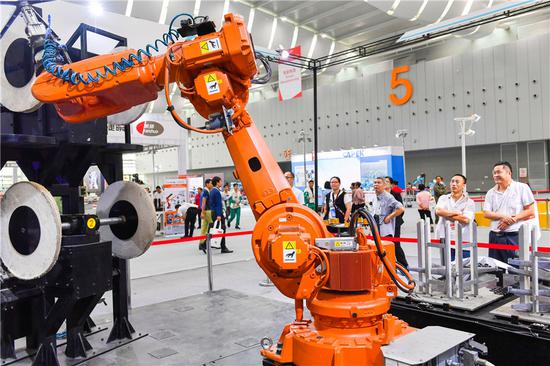 <>An industrial robot is displayed at the fourth China (Guangdong) International Internet Plus Expo in Foshan, Guangdong province. [Photo/Xinhua]

In the January-May period this year, China produced 72,619 units of industrial robots, up 6.7 percent from the same period last year, data from the National Bureau of Statistics showed.

In 2019, the country's industrial robot production totaled about 177,000 units, down 3.1 percent from the previous year.

China strives to upgrade its labor-intensive manufacturing sector through technological innovation as it faces a shrinking working-age population and increasing labor costs.

In 2016, the country issued guidelines vowing to expand the use of robots in industries such as automobile manufacturing, electronics, home appliances, aviation, textiles and chemical.