More progress in COVID-19 treatment, vaccine as scientists get deeper understanding of virus 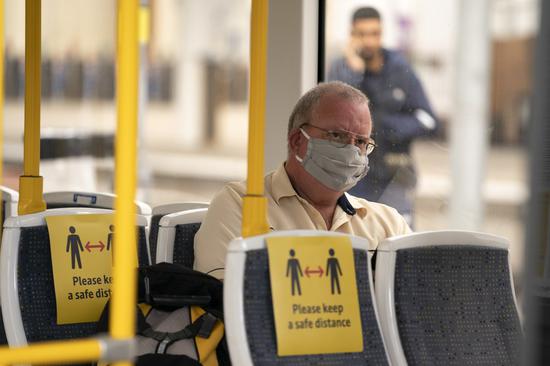 A man wearing a face mask sits in a tram at Manchester Victoria Railway Station in Manchester, Britain, on June 15, 2020. (Photo by Jon Super/Xinhua)

With the COVID-19 pandemic imposing huge impact on people's daily life in Britain and other parts of the world, scientists are racing against time to get deeper understanding of the novel coronavirus while accelerating the development of new treatments and vaccines.

In this trial, a total of 2,104 patients were randomized to receive 6 mg of dexamethasone once per day (either by mouth or by intravenous injection) for 10 days and were compared with 4,321 patients randomized to usual care alone, according to the University of Oxford, whose researchers are leading the trial.

Dexamethasone reduced deaths by one third in ventilated patients and by one fifth in other patients receiving oxygen only, but there was no benefit among those patients who did not require respiratory support, the results showed.

Based on these results, researchers believe that one death would be prevented by treatment of around eight ventilated patients or around 25 patients requiring oxygen alone.

"Dexamethasone is the first drug to be shown to improve survival in COVID-19," said Peter Horby, professor of emerging infectious diseases in the Nuffield Department of Medicine, University of Oxford, and one of the chief investigators for the trial. 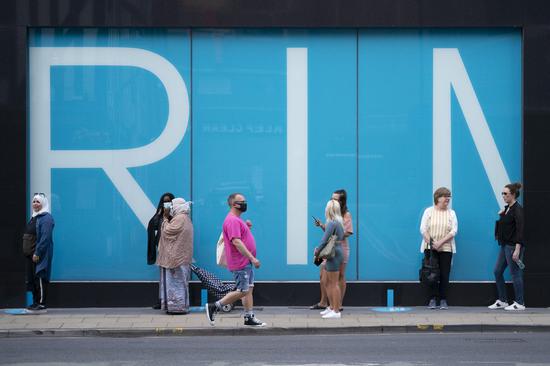 "The survival benefit is clear and large in those patients who are sick enough to require oxygen treatment, so dexamethasone should now become standard of care in these patients. Dexamethasone is inexpensive, on the shelf, and can be used immediately to save lives worldwide," he added.

Aside from treatments, researchers in Britain are also making progress in vaccine development.

A team at the University of Oxford has initiated clinical trial of its vaccine candidate in April.

On Monday, the Imperial College London also announced that a new coronavirus vaccine developed by its researchers are set to start clinical trial this week. 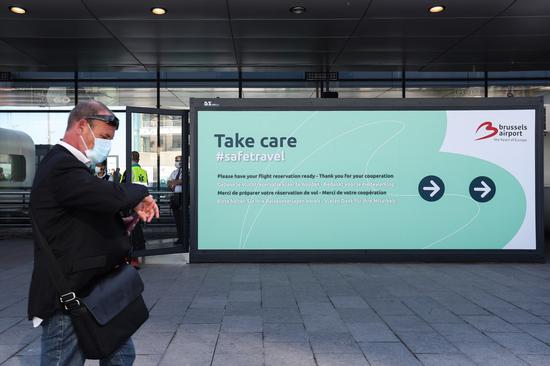 A passenger arrives at the Brussels Airport for a flight in Zaventem, Belgium, June 15, 2020. (Xinhua/Zheng Huansong)

The vaccine programs respectively at Oxford and the Imperial College London are at the forefront of Britain's vaccine development efforts. The British government has announced that it will provide funding for these two programs.

The vaccine developed at the Imperial is based on a new self-amplifying RNA technology. Researchers will test whether it is well-tolerated and produces an effective immune response against COVID-19 in humans.

Over the coming weeks, 300 healthy participants will receive two doses of the vaccine. If the vaccine is safe and shows a promising immune response in humans, then larger Phase III trials would be planned to begin later in the year with around 6,000 healthy volunteers to test its effectiveness, according to the Imperial.

"From a scientific perspective, new technologies mean we have been able to get moving on a potential vaccine with unprecedented speed," said professor Robin Shattock from the Department of Infectious Disease at Imperial and who is leading the work.

"We've been able to produce a vaccine from scratch and take it to human trials in just a few months -- from code to candidate -- which has never been done before with this type of vaccine. If our approach works and the vaccine provides effective protection against disease, it could revolutionize how we respond to disease outbreaks in future," he said. 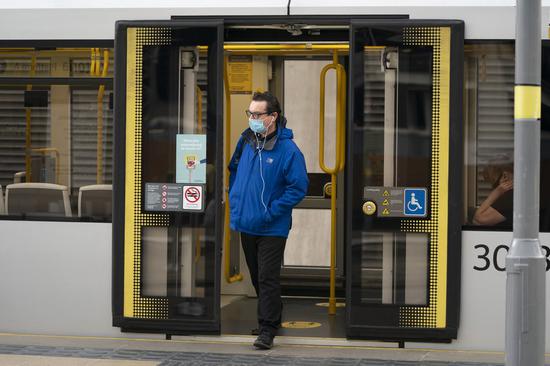 A man wearing a mask gets off a tram at Manchester Victoria Railway Station in Manchester, Britain, on June 15, 2020. (Photo by Jon Super/Xinhua)