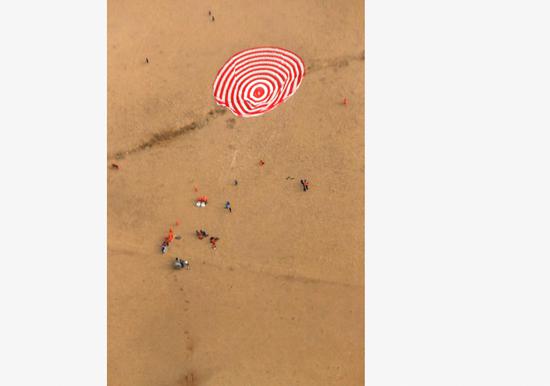 In the past, China's Shenzhou spacecrafts were around 3.5 tons and the recovery system included a single main parachute system and a back propulsion engine that could only be used once.

The airbag system includes multiple bags and researchers have achieved breakthroughs in the structure design and the active exhaust control technologies to keep the spacecraft's stability in landing.

The landing is in a very short time, and therefore, researchers have to use the most sensitive detectors to make the buffer system to make quick response under control. The airbag system could be reused.

The breakthroughs in recovery technologies could be used in rocket recovery and heavy equipment airdrop, and are very important for the country to go ahead on the manned lunar mission and pave way for recovering loads of 15 tons.