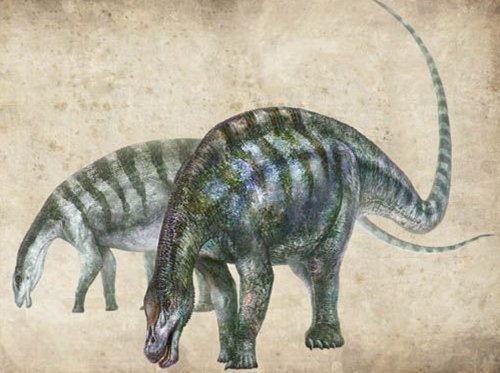 The "amazing Lingwu dragons" lived in the Ningxia area 174 million years ago. (Photo/Courtesy of Xu Xing)

Chinese paleontologists have unearthed fossil skeletons of a new species of dinosaur in Northwest China and in so doing overturned the commonly held assumption that the diplodocoid never lived in East Asia.

There is even a possibility, as more fossils emerge, that the diplodocoid could be shown to have originated in Asia, Xu Xing, the head of the research program, told the Global Times on Wednesday.

Xu and his team's findings were published on Tuesday in the journal Nature Communication.

The skeletons of the new species, Lingwulong shenqi, or "amazing Lingwu dragon," were excavated in the suburbs of Lingwu, an important industrial city of the Ningxia Hui Autonomous Region. 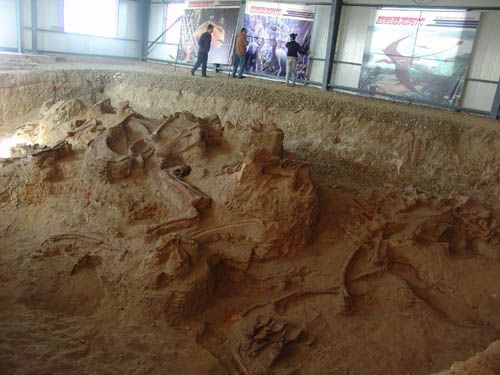 Since the first found in 2005, seven to 10 partial skeletons have been amassed by scientists.

Diplodocoids are an advanced superfamily of sauropod dinosaurs, a gigantic long-necked herbivorous species related to the apatosaurus and controversial brontosaurus. The Ningxia diplodocoids range from juvenile to adult and lived 174 million years ago, according to the journal report

It was long believed that diplodocoid appeared on earth around 160 million years ago and experienced a very short evolution before dominating the land at the end of the Jurassic Period (200-145 million years ago,) said Xu, a research fellow of the Institute of Vertebrate Paleontology and Paleoanthropology of Chinese Academy of Sciences.

The new findings suggest the diplodocoid "could have appeared during the early Jurassic Period and actually had a very long evolution history," Xu said.

Continents back then formed a coherent landmass before today's East Asia broke off from the "mainland" during the middle to late Jurassic, Xu explained.

Diplodocoid fossils have previously been found in Europe, Africa, North and South America and it was widely believed that diplodocoid and certain other creatures never made it to East Asia. The current findings question this theory, Xu said.

Xing Lida, another paleontologist from China University of Geosciences with a special interest in dinosaur fossils, was excited by the findings.

"These findings are consistent with the dinosaur footprints we found in recent years," Xing said. 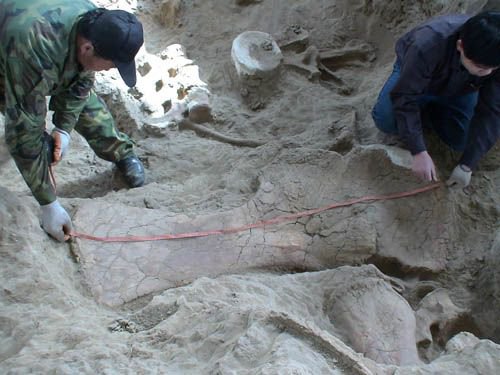 Xing's team has found diverse Sauropod dinosaurs from the Middle Jurassic, "which now have physical skeleton evidence thanks to the current findings," Xing said.

"Biological evolution has never been isolated," Xu said. Humans' understanding of the evolution of other animals such as lizards, crocodile and other mammals, could also be limited, he noted.

Xu and his team plans to continue their investigation in Ningxia where they expect more interesting findings.