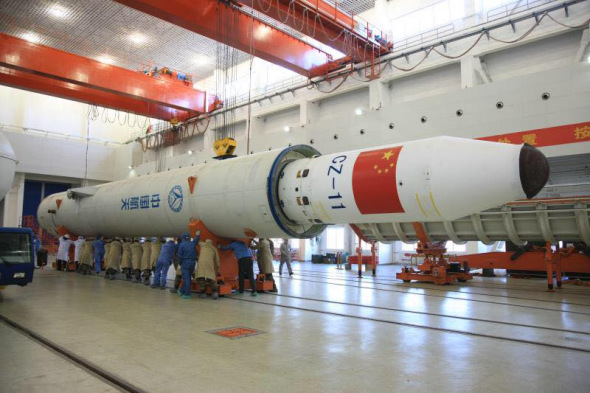 China launched a Long March 11 carrier rocket on Friday to send six satellites into space, according to the China Academy of Launch Vehicle Technology.

The mission marked the first time that a Chinese solid-propellant rocket has been used to service a foreign client, the academy, which developed and built the rocket, said in a news release.

The Long March 11 blasted off at Jiuquan Satellite Launch Center in northwestern China at 12: 12 pm and later put six small satellites — two Earth-observation satellites made by a State-owned firm, three experimental satellites from Chinese private companies as well as an unidentified one from a Canadian company — into orbit.