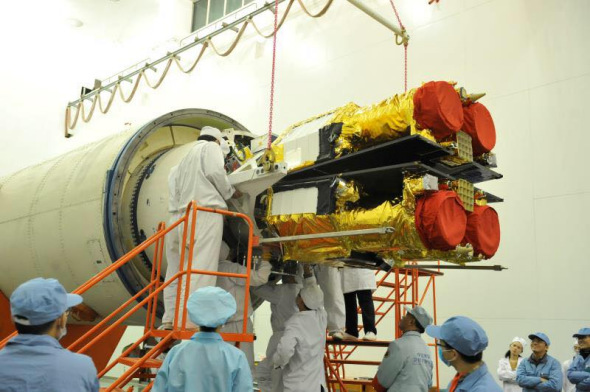 This is the third mission of Long March 11 and the 264th of the Long March family, according to the academy.

Long March 11 is 20.8 meters long, has a diameter of 2 m and a liftoff weight of 58 metric tons. It is capable of sending payloads of 700 kilograms to a low-Earth orbit or 400 kg to a Sun-synchronous orbit 700 kilometers above the ground, statistics from the academy show.

Its first flight was in September 2015 at the Jiuquan center when it lifted four satellites to a Sun-synchronous orbit. The second flight took place in November 2016 at the same center, sending an X-ray pulsar navigation satellite and four small experimental satellites into orbit.