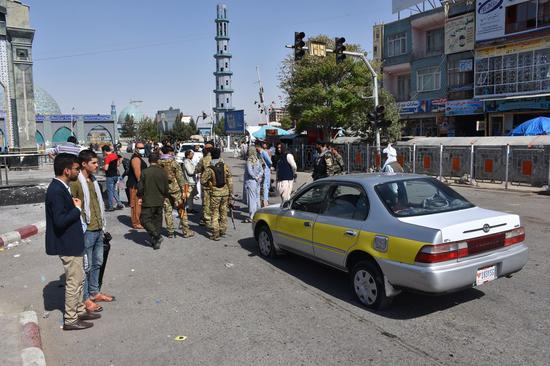 In a statement, the UN humanitarian chief said that he is "extremely concerned by the deteriorating situation in Afghanistan where more than 1,000 people have been killed or injured due to indiscriminate attacks against civilians in Hilmand, Kandahar and Hirat provinces in the last month alone."

"Afghan children, women and men are suffering and forced to live with violence, insecurity, and fear every day," said Griffiths.

He said that there are "grave concerns" for women's survival and basic human rights.

"Forty years of war and displacement, compounded by climate shocks and COVID-19, have left almost half of Afghanistan's population in need of emergency aid," he added.

"I join Secretary-General Antonio Guterres and members of the Security Council in strongly condemning attacks against civilians and I echo their calls for a ceasefire. Fighting across the country, which has claimed the lives of over 40,000 people since 2009 when UN reporting began, needs to stop. People have suffered enough," Griffiths said.

The humanitarian chief stressed that humanitarian organizations are committed to delivering relief and assistance to all civilians in Afghanistan.

"They continue to operate in a neutral and impartial manner but need unimpeded access and assurances that aid workers and service providers can deliver aid and services without interference," he said.

"I remind all parties to the conflict of their obligations under international humanitarian and human rights law, including their responsibility to protect civilians and ensure access for humanitarian organizations to reach people in need," Griffiths noted.

"A safe, secure, and sustainable future in Afghanistan can only be achieved through successful peace negotiations," he concluded.