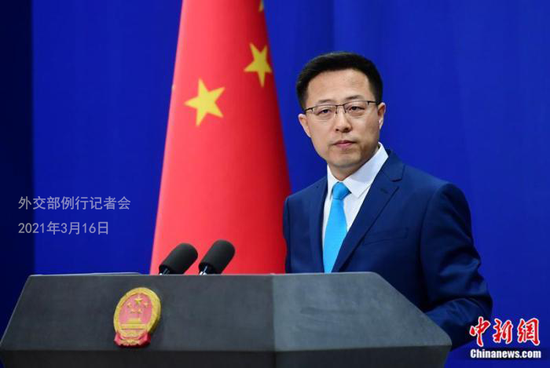 (ECNS) -- The United States has long benefited enormously from the open global cooperation in science and technology and scientific exchange and cooperation between China and the United States serves the interests of both countries and peoples, said Chinese Foreign Ministry spokesman Zhao Lijian on Tuesday.

Zhao's remarks came in response to a survey among U.S. tech employees conducted by U.S. media Protocol which focuses on technology.

"Such moves ran counter to the trend of the times and the market economy rules, hurt others and itself, and could only lead to self-isolation and backwardness," Zhao said.

Global cooperation in science and technology is the common aspiration and the overriding trend, the spokesperson added.