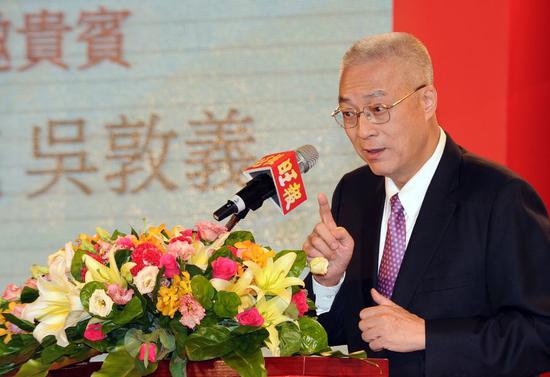 The Central Standing Committee of Kuomintang (KMT) adopted the resignation of Wu Den-yih from his post as KMT chairperson at a meeting Wednesday afternoon.

The committee also adopted the resignation of several other senior KMT officials, according to a KMT statement.

Lin Jung-te, a member of the KMT Central Standing Committee, will serve as the acting chairperson before a new one is elected, the statement said.

KMT expects to elect the new chairperson on March 7, the statement said.