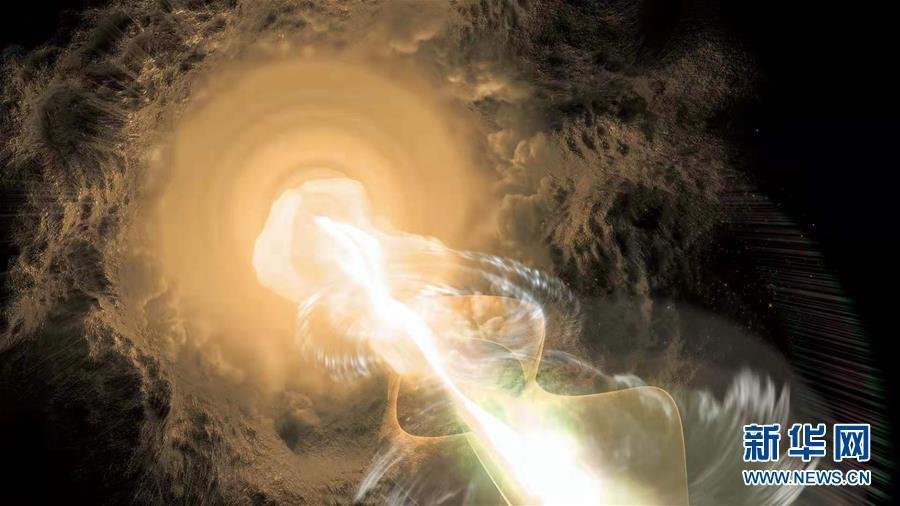 Picture shows a high-resolution image of the most distant known blazar, produced by a team led by Chinese astronomers. A team led by Chinese astronomers has produced high-resolution images of the most distant known blazar, which they say could help study the evolvement of galaxies born in the early universe, said an article published this week by Nature Communications. "The object is one of the most distant ones known to date in the class of active galactic nucleus," said An Tao, the team leader and a researcher at the Shanghai Astronomical Observatory. (Photo/Xinhua)