By using Taiwan, U.S. is playing with fire 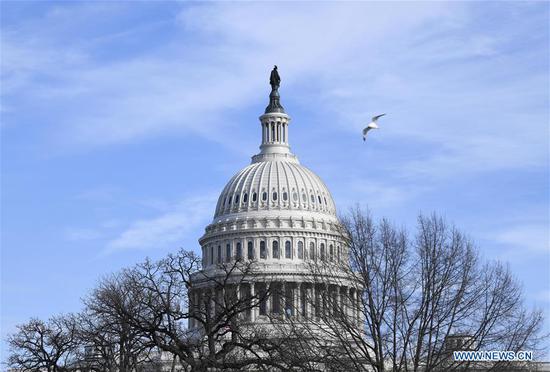 The Capitol Hill in Washington D.C., the United States. (Photo/Xinhua)

This year marks the 40th anniversary of the Joint Communiqué on the Establishment of Diplomatic Relations signed by Beijing and Washington that acknowledges there is only one China and Taiwan is part of China. It is also the 40th anniversary of the Taiwan Relations Act the U.S. Congress passed to permit unofficial relations with Taipei to continue and the U.S. to sell arms and military equipment to the island.

For 40 years, U.S. administrations have frequently used the Act as a political card to influence Sino-U.S. ties and interfere in China's internal affairs, as well as to provide "spiritual" support for the island authorities that seek "security" guarantees from the U.S..

But by allowing Tsai Ing-wen, the island's "pro-independence" leader, to stop over in Hawaii on her way back to the island after an eight-day tour of three Pacific island nations this week, Washington is breaching all established protocols and violating the 1979 Joint Communiqué. Beijing lodged "stern representations" with Washington on Thursday against Tsai's transit in Hawaii.

"We have consistently and resolutely opposed the United States or other countries which have diplomatic relations with China arranging this kind of transit," Foreign Ministry spokesman Geng Shuang said in Beijing. Beijing has urged Washington not to send "Taiwan independence forces any wrong signal", Geng said.

When the U.S. intends to maintain good relations with the mainland, it significantly reduces the use of or even refrains from mentioning the Taiwan Relations Act. But when Washington wants to put pressure on Beijing to finalize a deal or sign a trade agreement in its favor, it promptly resorts to using the Act. At times, even the island's authorities stir up trouble, prompting the U.S. to use the Act to try and browbeat or incite the mainland.

In recent years, some U.S. Congress members have been trying to foment trouble across the Taiwan Straits. The U.S. has already made a highly provocative move by introducing the Taiwan Travel Act a year ago, as it allows high-level diplomatic exchanges between the U.S. and the island. And now some in the U.S. say Tsai, who doesn't acknowledge the 1992 Consensus that there is only one China, should be invited to visit the U.S. Congress.

By suggesting such an outrageous idea, these people are playing with fire, because if Tsai were to visit the U.S., Sino-U.S. relations would suffer a serious blow, and the security and stability across the Straits would be damaged.

As if that was not enough of a provocation, Christensen said the first consultation will be held in September when a U.S. delegation, led by a senior official from the State Department's Bureau of Democracy, Human Rights and Labor, is expected to visit Taipei.

The U.S. has been using one pretext or the other to provoke Beijing and violate the 1979 Joint Communiqué. But for the sake of Sino-U.S. relations and regional peace, Washington should realize that instead of gaining anything, it would suffer huge economic and political damage by interfering in China's internal affairs.