The Information Office of the State Council (SCIO) hods a press conference in Beijing, Sept. 25, 2018. (Photo/SCIO)

The Information Office of the State Council (SCIO) held a press conference to discuss a white paper on the Chinese government's position regarding trade frictions with the U.S..

The white paper was published Monday to clarify the facts about China-U.S. economic and trade relations, demonstrate its stance on trade friction with the U.S., and pursue reasonable solutions.

Representatives from the country's top planning agency, the intellectual property office, as well as the Chinese ministries of Commerce, Finance, and Industry and Information Technology, are expected to answer questions from the media.

Fu noted that it is natural for the two countries to have differences considering they are at different stages of development but called for enhancing mutual trust and managing difference.

Fu warned, however, that China does not want a trade war but won't be afraid of one as the U.S. has pursued unilateralism, protectionism and restricted trade. 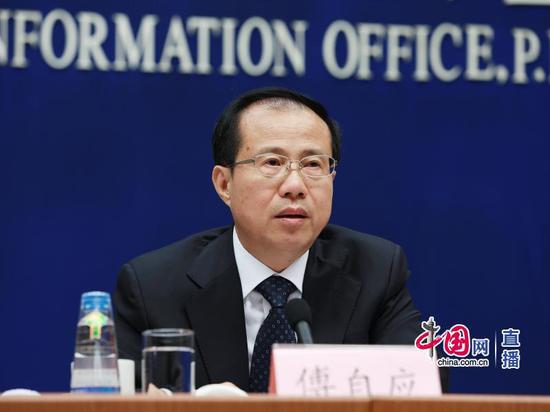 Fu Ziying, China international trade representative and vice minister of Commerce at the press conference to discuss a white paper on the Chinese government's position regarding trade frictions with the U.S.. (Photo/ China.org.cn)

Claim of U.S. 'losing' in trade relations with China 'groundless'

The so-claimed U.S. "losing" in trade relations with China is groundless and misleading, the two countries' trade cooperation is complementary, where common interests far outweigh differences.

Fu pointed that the differences in multiple factors including economic structure and global division of labor all contributed to trade deficit between the two countries, but China is willing to work hard to promote bilateral trade in a more balanced direction and hopes that the U.S. can also show a positive attitude.

"The momentum of economic globalization is unchangeable, and the trend of China-U.S. economic cooperation is irreversible," Fu said.

Wang Shouwen, the vice minister of Commerce and deputy China international trade representative, said the China-U.S. trade friction has already shown an impact on certain U.S. exporters as well as trade potential with other countries.

"China is a very huge market and is willing to open up further. If there is no trade war, the Chinese market will provide opportunities for all suppliers," Wang said.

Can new-round trade talks between China and the U.S. resume? 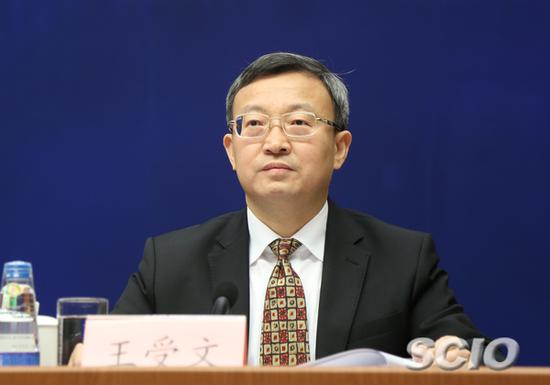 Wang Shouwen, the vice minister of Commerce and deputy China international trade representative, during the press conference, discusses a white paper on the Chinese government's position regarding trade frictions with the U.S.. (Photo/ SCIO )

Wang said the fate of new round of trade talks between China and the U.S. depends on the will of the U.S..

"Our [China's] door to resolve the friction through consultation and dialogue is open," Wang said.

Wang also condemned the U.S. of lacking "sincerity and trustworthy" in the previous four rounds of talks despite they two sides have reached certain agreements and even joint statement.

"To make it effective, the talks should also be based on mutual respect and treating each other as equals," Wang said. "It's difficult to proceed, with the U.S. posing tariffs like holding a knife to someone's throat."

Can China withstand the impact of trade friction?

Lian elaborated that in the face of trade challenges, China's overall economy is diverse and sturdy, it has the potential of domestic demands and the increasing competitiveness of its market players.

"Generally speaking, China's economy has great resilience and potential. We are fully capable of damaging the impact of Sino-U.S. trade frictions by expanding domestic demand and promoting high-quality development. We have the ability and confidence to conditionally promote the stability of China's economy."

China remains a huge market for all LNG suppliers

China remains a huge market for all LNG suppliers and is willing to further open its market, according to the Information Office of the State Council press conference on Tuesday.

China has the trade surplus while the U.S. enjoys "surplus of interest," China International Trade Representative and Vice-Minister of Commerce Fu Ziying said.