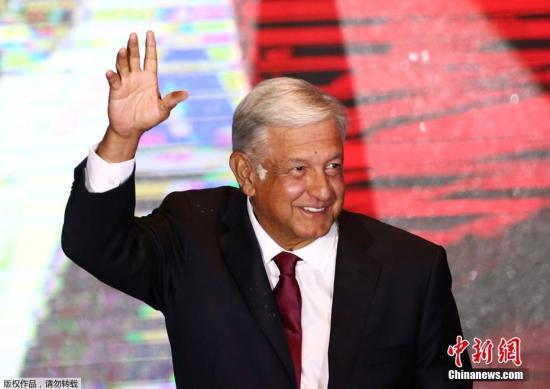 The National Electoral Institute (INE) validated the preliminary results after it finished tallying the vote cast at all the 300 electoral districts around the country.

Lopez Obrador garnered an overwhelming 53.2 percent of the vote, the INE said in a statement, adding that over 56 million Mexicans voted in the general elections, with the turnout at 63.4 percent.

Ricardo Anaya, the candidate of the right-lef. (Pt coalition between the National Action Party and the Party of the Democratic Revolution, was in a distant second place with 22.3 percent of the vote.

Lopez Obrador's center-left National Regeneration Movement (Morena) reportedly won a majority of seats in the Senate and the Chamber of Deputies. These results will be confirmed later.

The general elections were the largest in the country's history, with candidates competing for more than 3,400 national, regional and local posts.