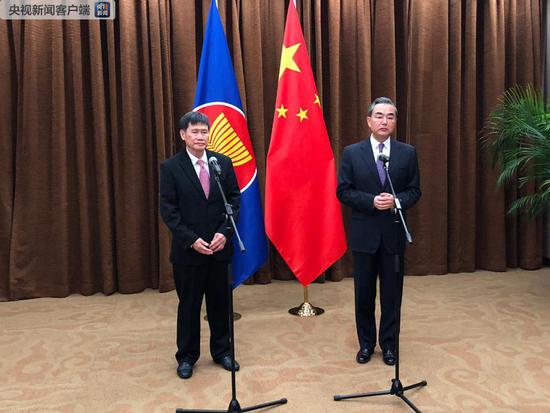 "The leaders of the two countries can sit together today for equal dialogue amid their enemy relationship for more than five decades. That itself is the creation of a new history. China welcomes and supports that," Wang said. "It is the goal that China has been looking forward to and working hard for."

Wang also expressed hope that the two sides would reach a consensus on achieving denuclearization.

"There needs to be a peace mechanism for the peninsula, to resolve the DPRK’s reasonable security concerns,” Wang told reporters in Beijing.

Beijing has been pushing for peaceful dialogue between the two sides for over 20 years. "Nobody will doubt China's important and unique role in this," Wang said. "That role will continue."

The approach calls for promoting parallel progress in the denuclearization of the Korean Peninsula while establishing a peace mechanism, ultimately reaching both goals together.